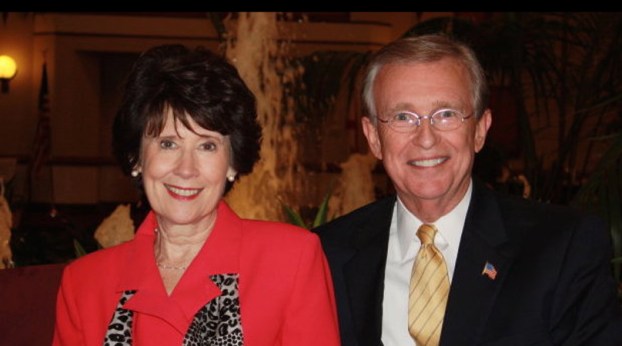 Bill Armistead is pictured with his wife Emily, who was struck and killed by a car while walking to a funeral. (Contributed)

According to a report from the West Alabama Watchman, Emily Armistead was fatally struck by a car before 11 a.m. as she was crossing U.S. 43 in Linden while walking to a funeral with her husband.

Emily Armistead was transported to Bryan W. Whitfield memorial hospital, where she later passed away.

“It is with a heavy heart that I announce that I lost the love of my life today in a tragic automobile accident,” Bill Armistead said in a post on Facebook.

She is survived by her husband; her children, Allyson Allred and Beau Armistead and five grandchildren.

Her funeral was held on Sunday, March 26 at 3 p.m. at Briarwood Presbyterian. In lieu of flowers, the family has requested donations for Lone Sheep Ministry in Attalla, which was founded by her son.

Emily Armistead died two weeks from her and Bill Armistead’s anniversary on Apr. 6. While Bill Armistead said he is saddened by the loss of his wife, he is grateful for the time he had with her.

“I thank God for giving me the women He created to be my wife for these wonderful years. [And] there could not have been a better wife, mother and grandmother in all the world,” Bill Armistead said. “Now, Emily is with Jesus for all of eternity.”

Bill Armistead said he is asking for prayers, and appreciates the support from his friends and family at this time.

“God is a god of all comfort,” Bill Armistead said.