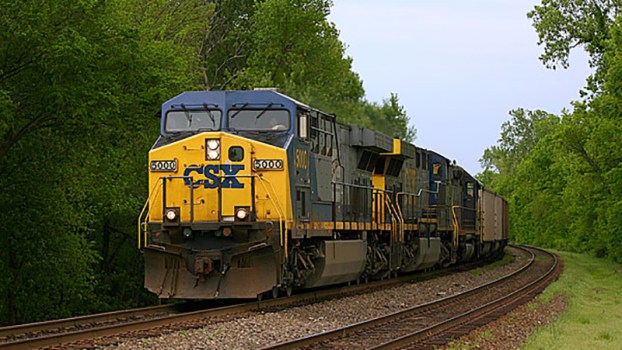 A train collided with a vehicle at approximately 8:30 p.m. on March 28 in Old Town Helena. No injuries were reported as the Helena Police Department continues to investigate the crash. (File)

HELENA–The Helena Police Department is investigating a collision that occurred between a single vehicle and train that resulted in no injuries but the driver of the vehicle being arrested for allegedly driving under the influence, according to a release from the department.

The collision happened at approximately 8:30 p.m. the evening of Tuesday, March 28, when a Helena police sergeant on patrol observed a vehicle that appeared to be stuck on the southern set of railroad crossings on Shelby County 261 in Old Town.

Due to the location of the train when contact was made, dispatch was not able to contact the train engineer in time for it to stop prior to the crossing, according to HPD.

The train engineer did however see the car on the tracks and immediately began the emergency braking procedures to slow it as it approached the crossing.

The HPD sergeant was able to ensure the driver was clear of the vehicle prior to it being struck and dragged a distance down the tracks. There were no injuries in the collision and HPD and CSX investigators are on the scene to determine the cause of the collision.

After an initial on scene investigation, HPD has placed the driver of the vehicle struck by the train under arrest for driving under the influence.

“This appears to have played a major role in the collision. The driver is currently being booked into the Helena City Jail,” a Facebook post by the department read.

The crossing will remain blocked as crews process the scene, but HPD believes once the investigation concludes, the crossing will be reopened prior to morning rush hour traffic on March 29.

HPD has not yet identified the driver arrested for driving under the influence.

By GRAHAM BROOKS / Staff Writer HELENA–Spring is here and with that comes more opportunities to enjoy the great outdoors... read more