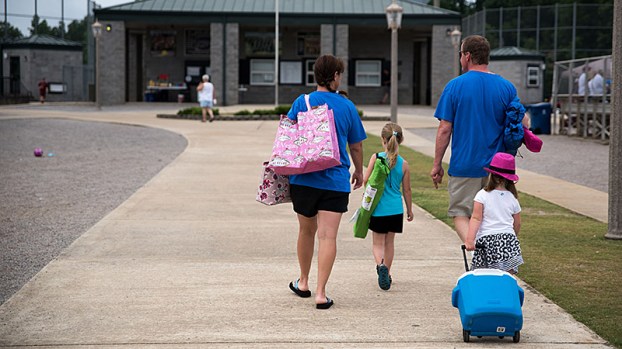 Shelby County’s population has continued to grow over the past several years, according to annual estimates from the U.S. Census Bureau. (Reporter Photo/Keith McCoy)

Shelby County Manager Alex Dudchock is direct when talking about the goals he, the County Commission and municipal leaders have for the county’s future.

“We don’t strive to be one of the fastest-growing counties in the state and the Southeast. That comes when you have advantages that cause people to want to live in your community,” Dudchock said shortly after the U.S. Census Bureau released its July 1, 2016, population estimate for all counties in Alabama. “We are not surprised by the numbers. When you have four of the leading public school systems operating in your county that are recognized as leaders, and several of the strongest private schools in the state, growth doesn’t come as a surprise.”

While the recent numbers are a far cry from the double-digit growth the county experienced in the 1990s and early 2000s, Shelby County’s leaders said they prefer it this way.

“We’re at a steady growth pattern right now. It’s a little more stable than it was in the past,” said Shelby County Development Services Director Chad Scroggins. “When you grow as fast as we were growing back then, it’s hard to keep up with it.”

Even today, county leaders are working to improve traffic issues brought about by the area’s rapid – and continuing – growth.

“Probably the biggest problem we have is congestion, traffic and roadways. Nobody is going to dispute that,” said District 7 County Commissioner Lindsey Allison. “We are very conscious of those issues. We were one of the few counties to totally max out our ATRIP (Alabama Transportation Rehabilitation and Improvement Program) funding, but we are going to have to take it to the next level if we are really going to address the traffic issues.”

Dudchock said the county works with municipalities and the state in an effort to tackle current and future roadway infrastructure needs.

“Right now, the Legislature is looking at a gasoline bond issue that would tremendously impact our county,” Dudchock said, noting a high population causes even relatively minor roadway projects to come with a high price tag. “The key on roads is, because of the scale of improvements that need to be made, it’s not only going to take a local investment, but investments on the state and federal level as well.”

While the transportation issues continue to be an issue for Shelby County’s leaders, the problem is indicative of the county’s success and quality of life offerings, Allison said.

“The good thing is that all the cities, the mayors and the County Commission works together to maintain that quality of life,” Allison said. “We’re all in this together.”