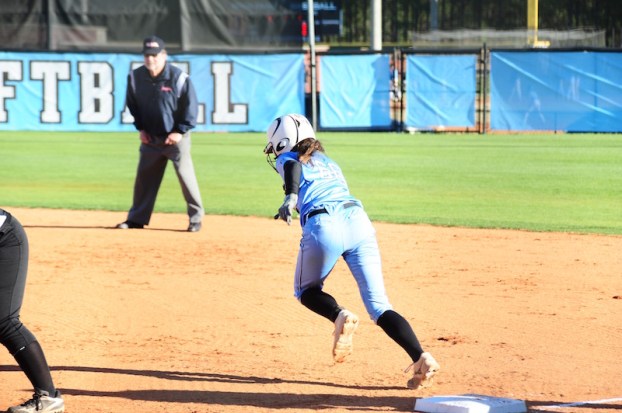 Spain Park still sits as the No. 1 team in 7A and just finished in the semifinals of the 2017 Gulf Coast Classic. (Reporter photo/Alec Etheredge)

Four teams continue to occupy a spot in their respective top 10 and two more are on the verge of breaking into the polls with strong play as of late.

Not a shock is the No. 1 7A team in the state, which continues to be the Spain Park Jaguars, who have held that coveted spot the entire season after winning 22 consecutive games to start the year. After losing their first game to Hewitt-Trussville, the Jags traveled down to Gulf Shores to compete in the Gulf Coast Classic, where they went on to win seven in a row before falling in the semifinals by one run to Austin. Spain Park now has an overall record of 29-2 and is the clear favorite in Class 7A.

Sticking in 7A, the Thompson Warriors narrowly found themselves in the top 10 for the second consecutive week ranked as the No. 10 team. Thompson just got done competing in the Gulf Coast Classic as well where they went 4-2-2 including a 3-0 loss to the Jags in the quarterfinals.

Now that the spring break tourney is over for the Warriors it’s back to competing in the tough Class 7A Area 5, which features No. 8 Vestavia, No. 7 Tuscaloosa County and a very good unranked Hoover team. Any of those four teams can be one of the two to make it out of the area tournament.

Making the jump to 6A, both Chelsea and Helena grabbed a spot inside the top 10, similar to the baseball side of things. The difference is that the two teams are somewhat flip flopped as the Hornets came in as the higher of the two teams at No. 2.

Chelsea had been ranked as the No. 1 team in the classification over the first several weeks of the rankings, but have struggled over the last week to cause a fall from the top spot. The Hornets have now lost back-to-back games to Hueytown, 8-7, and Oak Mountain, 5-4.

The two one-run losses marked their third one-run loss of the season and all have come to great teams. Their other two losses were at the hands of Lincoln and Austin making all four of Chelsea’s losses to teams in the top 10 or just outside.

Sitting four spots below the Hornets are the Helena Huskies at No. 6. The Huskies have gone 3-2 since the last rankings were releases as they now sit at 13-9 overall. That average play caused them to drop down one spot from the No. 5 position, but is now cause for concern heading into the second half of the season. After all, they are 9-3 over their last 12 games.

Teams not ranked this week, but on the verge of breaking through are the Oak Mountain Eagles and the Shelby County Wildcats. The Eagles have been inside the top 10 already this season and that taste has them scratching to get back. They are currently 12-10-1 overall and have beaten Chelsea and Hoover by one run in their last two games and fell to No. 1 Spain Park by one run the game before.

The Wildcats currently sit at 12-4 on the season and sit just behind Moody as the favorite in Class 5A Area 8 that features Briarwood and Sylacauga as well. Shelby County started the season strong and has fallen into more average play lately, but still have shown one of the more potent offenses in the state at times.