HOOVER – Hoover Police are searching for a 37-year-old suspected of stealing from an 89-year-old victim. 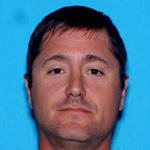 HPD alleges Cook posed as a handyman/contractor at a home in the Greystone area of Hoover in January. While under the guise of giving estimates for work at the victim’s home, Cook stole items that were pawned at a store in St. Clair County.

Anyone with information about the subject or the case should contact HPD Detective Ed Leach at 739-6071.

If immediate assistance is needed, call Hoover 911 or the police non-emergency number at 822-5300.

Anonymous tips can be left at the Hoover Police website, HooverPD.com/submit-a-tip.php.

Anyone with information can also call Crime Stoppers at 254-7777 or leave an online tip at Facebook.com/Crime-Stoppers-of-Metro-Alabama-220952201270342/?fref=ts and obtain a private code number. You will remain anonymous and be eligible for a cash reward if the tip to Crime Stoppers leads to an arrest.

CHELSEA- Chelsea Mayor Tony Picklesimer announced that completion dates on several of the city’s proposed projects have been set after... read more