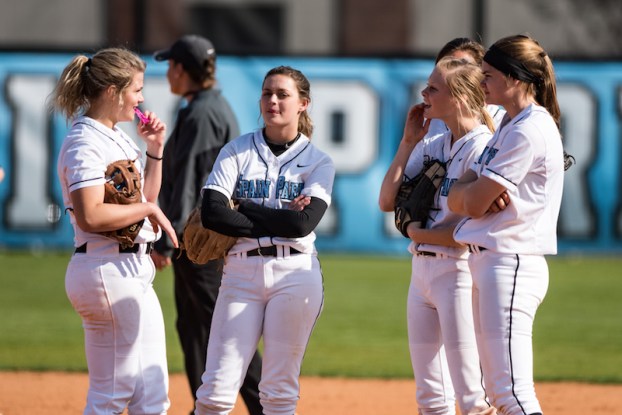 GULF SHORES – After a 4-0 start in pool play to the 2017 Gulf Coast Classic in Gulf Shores, Spain Park had more than the beach on their mind as they were able to pick up the No. 2 overall seed heading into the single elimination portion of the tournament, which gave them ideas of bringing home a spring break championship.

Starting at 12:30 on Wednesday, March 29, the Jags took to the field at the Gulf Shores Sportsplex and continued their dominating chase all the way to the semifinals where they lost their first one-run game of the year in a 5-4 contest with Austin High School.

Still though, in a tournament that featured 39 of the best high school softball teams from around the southeast, picking up just their second loss of the season and making a run all the way to the semifinals shows just how much confidence this group can play with.

After falling behind 3-1 after the top half of the second, Spain Park turned up the heat as their bats caught fire. The Jags scored eight unanswered runs over the final three innings to win by the final of 9-3. They were able to outhit Oneonta 10-4 and allowed no errors in the game.

Maddie Majors, Julianna Cross, Jenna Olszewski and Caroline Parker all had multi-hit games, while Cross and Olszewski also had multi-RBI games thanks to a double from each. Carolin Kendrick got the win in the circle going all four innings and giving up just four hits.

In a more low-scoring affair, where the Jaguars had no multi-hit players, Spain Park was able to take down Pisgah 4-2. Tied at two after four innings, the Jags went into the bottom of the fifth with a runner on second to start the inning due to extra inning rules. After eventually loading the bases, Bailey Bowers took the role of hero and drove home two runs with a walk-off single to keep Spain Park’s tournament alive.

Bowers went 1-2 at the plate with her crucial 2-RBI hit, while Annabelle Widra went all five innings in the circle and struck out eight opposing batters.

In a short three-inning game, Spain Park took care of business against a tough Thompson team by scoring two in the second and one in the third to advance to the semifinals.

Majors and Parker both went 2-2 in the game, while Bowers and Cross each added an RBI. Widra picked up another win in the circle after allowing just six hits and striking out five.

After grabbing a 3-1 lead in the top of the second inning, Austin came back to score three in the bottom half of the inning to take a 4-3 lead and take control of the game. They added one more run in the bottom of the third to extend the lead to 5-3.

Spain Park strung together back-to-back singles in the top of the fourth before Mary Katherine Tedder put together a third consecutive single to bring in the Jags’ fourth run of the game. Unfortunately, that’s the last run they brought home as they stranded runners on first and second to end the inning.

The Jags were able to put runners on second and third in the top of the fifth with one out, but back-to-back strikeouts prevented them from tying or taking the lead as they went on to fall 5-4.

Widra and Majors both had multi-hit games, while Parker was they only Spain Park player to have two RBIs. The Jags now sit at 29-2 and are the firm No. 1 team amongst all 7A teams.