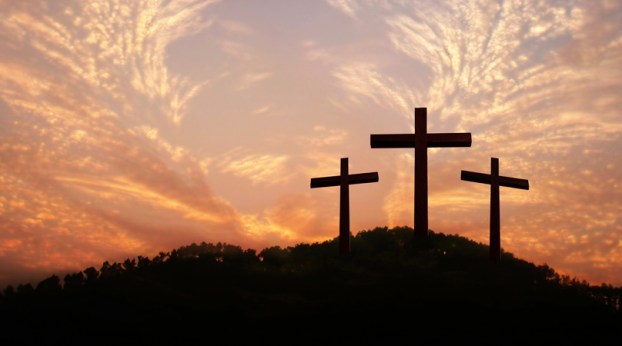 “The whole idea behind Holy Week is where we observe all of the events between Jesus’s entry into Jerusalem to His resurrection,” Mancil said. “I’m overjoyed that I’m going to be able to spend Holy Week with the people of St. Catherine’s.”

According to the Episcopal Calendar, Holy Week begins on Palm Sunday on April 9. At St. Catherine’s 10:30 a.m. service will begin outside the church, and carry palm leaves through a procession. During the Palm Sunday service, there will be a dramatic reading of the Passion story.

“It’s not only when we remember Jesus’s entry into Jerusalem, it’s also the beginning of when we commemorate his death. It’s also known as the Sunday of the Passion,” Mancil said. “What makes it kind of jarring or unnerving is the fact that we start on such a high note, and the mood changes very quickly.”

From Monday through Wednesday, St. Catherine’s will offer communion at noon services and the Sacrament of Reconciliation immediately after.

“Those will be simple, spoken services,” Mancil said. “Other times during the year, [Reconciliation] doesn’t have a regular time.”

During Maundy Thursday, on April 13, St. Catherine’s will hold a service with communion and a ritual washing of feet. After the service, the altar will be completely stripped. The service will be followed by an all-night vigil. According to Mancil, Maundy Thursday commemorates Jesus Christ’s final night with his disciples.

“That is also the night where we emphasize the servant ministry of Jesus,” Mancil said. “The washing of feet symbolizes His service. Everything is taken from the altar, symbolizing that Christ is no longer present in that place.”

During the all-night vigil, an Alter of Repose will be set up.

“People are invited to keep watch, and that will go from the end of the Maundy Thursday service to Good Friday,” Mancil said.

On April 15, St. Catherine’s will begin Good Friday with a 7 a.m. service, followed b a 10 a.m. At noon, another service will be held, where cross will be processed in and churchgoers will be able to reflect on its meaning.

“The emphasis is placed on the cross, and how an instrument of death became a symbol of salvation,” Mancil said.

The Great Vigil of Easter begins at 7 p.m. on Holy Saturday, which is on April 15. Mancil said there were no services during the day or afternoon to allow people to personally reflect on Christ’s crucifixion.

“Christ has died, and we take some time to observe that,” Mancil said. “The Easter Vigil is the culmination of the church year. It’s the most important service we do, and it’s the first service we do for Easter.”

According to Mancil, Maundy Thursday, Good Friday and Holy Saturday are considered the three most sacred days of the church year.

“To get the fullest experience of Easter, we encourage people to participate in these days,” Mancil said.

While many of the services during Holy Week are solemn, Mancil said Easter Sunday is considered a festival. The 10:30 a.m. service will be followed by a parish lunch and Easter egg hunt for children.

Childcare will be available for those who attend services on Maundy Thursday, Holy Saturday and Easter Sunday.

CHELSEA- Chelsea Mayor Tony Picklesimer announced that completion dates on several of the city’s proposed projects have been set after... read more