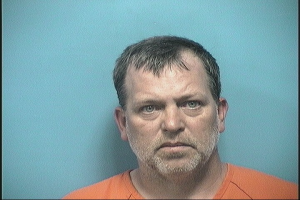 Ross Harlan Franklin, 45, who lists an address on Greenfield Lane, allegedly distributed marijuana from his residence in December 2015 and October 2016, weighed the marijuana with a digital scale, distributed a controlled substance at a Pelham residence on March 16 and possessed marijuana and a glass pipe for personal use on March 29.

Franklin was held in the Shelby County Jail until Friday, March 31, when he was released on a $52,000 bond.

Unlawful distribution of a controlled substance is a Class B felony, which could result in a jail sentence of two to 20 years and a maximum $30,000 fine if he is convicted.

Possession of marijuana in the first degree is a Class C felony. Fines for a Class C Felony can go up to $15,000, and Class C felonies are punishable by a year and a day to two years in jail.

Use or possession of drug paraphernalia and possession of marijuana in the second degree are Class A misdemeanors, which are punishable by up to a year in prison and up to $6,000 in fines.

Shelby County District Judge Daniel A. Crowson was assigned to the case. Franklin’s preliminary hearing is set for Wednesday, April 26, at 8:30 a.m.

One injured in 119, 31 intersection wreck

ALABASTER- The Alabaster Police Department and Alabaster Fire Department responded to an accident at the intersection of U.S. 31 and... read more