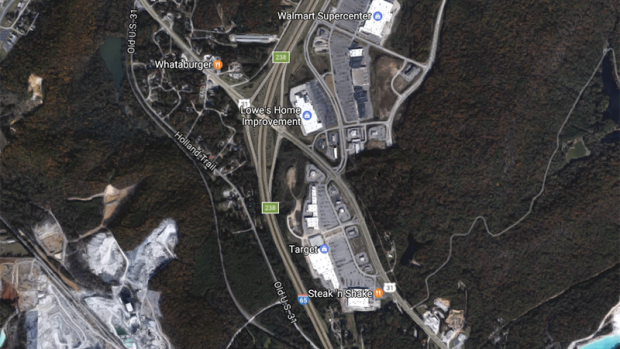 The Alabama Department of Transportation soon will repave a portion of U.S. 31 near the Propst Promenade and South Promenade shopping centers. (Contributed)

ALABASTER – The Alabama Department of Transportation is making plans to repave a portion of U.S. 31 near the Propst Promenade and South Promenade shopping centers, Alabaster leaders announced recently.

During a late March meeting, the City Council voted to approve a resolution allowing ALDOT to move forward with the repaving project.

According to ALDOT, the project will involve repaving U.S. 31 from slightly north of its intersection with Fulton Lake Road, which is near the Alabaster Steak ‘n Shake restaurant, to the Interstate 65 overpass at exit 238.

The council’s approval was one of the first steps toward getting the repaving project rolling.

The Federal Highway Administration requires ALDOT to receive city approval of projects before the project is eligible to receive federal funding.

Through the resolution, the city agreed to allow ALDOT to access the roadway to complete the project, which will involve repaving and restriping the stretch of heavily traveled roadway.

As of April 5, ALDOT had not yet released a timeline for starting the repaving project, said Alabaster Mayor Marty Handlon.