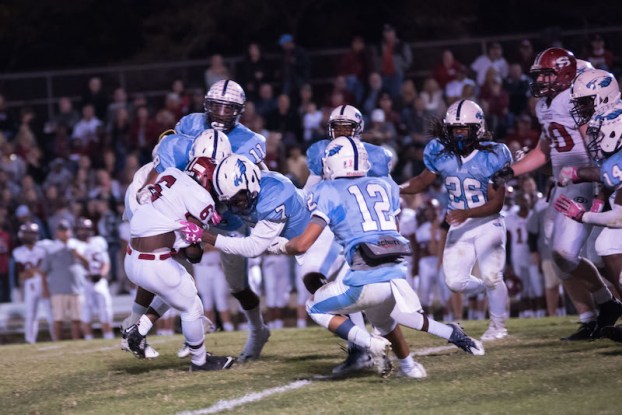 Shelby County Schools was one of two school systems across the state of Alabama to require its football coaches to partake in Heads Up Football, a program teaching player safety. (File)

Shelby County Schools has become one of the first school systems, along with Mobile, in the state to enroll in USA Football’s Heads Up Football High School program for the betterment of its seven football-playing high schools and student athletes in 2017.

Created and administered by independent non-profit USA Football, Heads Up Football is a comprehensive way to teach and play the sport that establishes important standards rooted in the best available science. It’s supported by the American College of Sports Medicine, the National Athletic Trainers’ Association and the American Medical Society for Sports Medicine, among other leading associations spanning medicine and sport.

In 2016, the Alabama High School Athletic Association (AHSAA) endorsed USA Football’s Heads Up Football program to improve the safety and quality of high school football statewide. Shelby County becomes the first school district in the state – along with Mobile County – to formally adopt the program districtwide.

“Our administration has an unwavering commitment to our student-athletes and coaches,” said David Hogue, director of athletics for Shelby County Schools. “Enrollment in USA Football’s Heads Up Football program is an important and exciting step forward for the school district, ultimately benefiting our student-athletes through improved coaching education.”

“Shelby County’s adoption of Heads Up Football is an exceptional sign of leadership by Hogue and the entire district,” said USA Football CEO & Executive Director Scott Hallenbeck. “Continued education is an important step to grow and advance the sport, and the Shelby County Schools is implementing important standards for the well-being of their student-athletes and the professional development of their coaching staffs.”

More than 2,200 high schools and nearly 75 percent of all U.S. youth leagues enrolled in Heads Up Football in 2016 for the good of their athletes. The program is endorsed by a combined total of 32 state high school athletic associations and high school football coaches associations spanning 26 states.

Heads Up Football started in 2012 in Northern Virginia and has since grown to have 6,500 players, 1,400 coaches and 360 teams participate in one year alone.

Safety in football is something Chelsea head football coach Chris Elmore has been ahead of the game on having invited Scott Petters from SAFE football to Chelsea High School earlier this year to help his coaching staff make improvements on how to keep players safe on the football field.