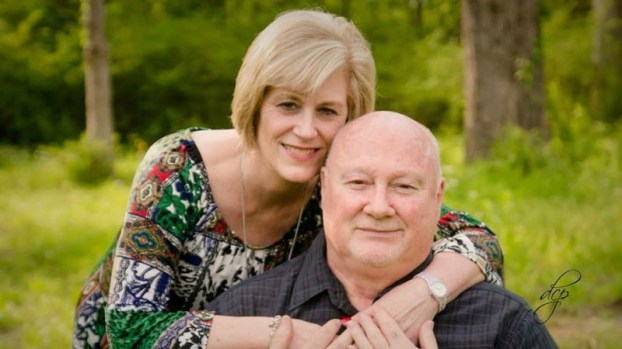 Freda and Kenneth Stroup are involved in ministry at Alabaster Church of God where Kenneth has been the pastor since 2009. Freda Stroup published her first book based off of devotions published weekly in the church bulletin. (Contributed)

ALABASTER – It was Freda Stroup’s weekly articles for the Alabaster Church of God’s bulletins that helped serve as the inspiration for her new book, “Alone With God: Devotions by Freda.”

“The church secretary was publishing a weekly Sunday morning bulletin and she needed a filler,” Stroup said. “I was not really an author, but I started writing a short little devotion each week, and people really enjoyed it. If I ever did not write something I would hear from people asking why it wasn’t in the bulletin. I also had people request extra copies so they could send to friends and relatives that lived in other parts of the country.”

Freda Stroup’s husband, Kenneth, is the pastor of Alabaster Church of God, where the couple has served since 2009.

Since that time, Stroup said a friend of Kenneth’s that works for Pathway Publishing suggested she submit some of her weekly bulletin devotions for consideration.

“He took a look at them and decided they should be put into book form, so that is how the whole idea behind the book came about,” Stroup said. “The book is a compilation of the weekly devotions I have been writing for many years, and serves as an encouragement tool.”

One of Stroup’s greatest inspirations in life was her father, Clyde Burroughs, who is pictured on the front of the book.

“My dad always encouraged me to stay true to God,” Stroup said. “My daughter, Alicia Channell, actually took the picture of my dad as he was sitting in his field and reading the word of God. She titled the picture, ‘Alone With God,’ which I thought was also very fitting for the title of my book.”

Stroup said many of the devotions in the book, published in July 2016, speak to individuals because they address everyday things that people go through in life.

“It starts off with a devotion about change,” Stroup said. “I don’t really care for change, and I know a lot of people that don’t really like change, but the encouraging thing is God never changes.”

Other topics addressed in the book deal with trusting God through hardships, not quitting, and working to share the Gospel message with others in the world.

“I never dreamed this book would even happen,” Stroup said. “I have never considered what I do a special talent, but it goes to show you that you should never put limits on God, because he can use all of us.”

Stroup is currently still writing for the church bulletin, and is considering a second book of devotions in the future.

Copies of Stroup’s book are available to purchase at Sanctuary Christian Books in Alabaster, online at womenofpowercog.org or www.pathwaybookstore.com, or by calling Alabaster Church of God’s office at 663-9295.

Alabaster OKs next step on 119 widening

By NEAL WAGNER / Managing Editor ALABASTER – The Alabaster City Council approved the next step in a project to... read more