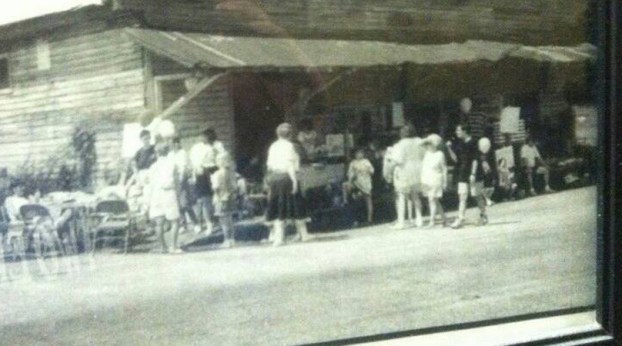 The Chelsea Historical Society is hosting a “meet and greet” at the Chelsea Community Center on Sunday, April 13. (Contributed)

CHELSEA- The Chelsea Historical Society is hosting its first public meeting at the Chelsea Community Center on Sunday, April 23 at 3 p.m.

According to founder Tony Nivens, the event is meant as an open house for residents who are curious about the group’s plans.

“Come, ask questions, get to know us, and you can learn about how you may want to be involved,” Nivens said. “We’ll be talking about three areas of interest: to enhance, protect and share the history of Chelsea, Alabama.”

Nivens said he originally got the idea to form a historical society after the Weldon Building, which is often cited as the city’s oldest grocery store, was dismantled by the city in February.

“There were so many people complaining about that. The question that hit me was, ‘if you loved it so much, why didn’t you do anything about it?’” Nivens said. “A lot of things were tried over the years. A lot of different people offered a lot of different solutions, but there were no organizations.”

While he cannot promise that the Chelsea Historical Society can prevent similar situations in the future, he said the group will do what they can to preserve Chelsea history whenever it is possible.

During the meeting, Nivens said the Chelsea Historical Society will recognize several families, groups and individuals who have contributed to shaping Chelsea history.

Nivens said the response from Chelsea residents has been overwhelmingly positive so far.

“At the first board meeting, I said I would be thrilled if we had 50 people come,” Nivens said. “The response that we’ve had is just great. Now, I could see 75. I’d love for the room to be full.”

According to Nivens, the historical society will maintain the Chelsea Historical Museum, which will be established at the Crane House, which currently houses the Chelsea Public Library, as soon as the library changes locations.

Membership and volunteer opportunities are open to Chelsea residents, as well as members of nearby communities.

“Occasionally, I will meet someone who will say, ‘I love history, but I don’t have a connection with Chelsea,’” Nivens said. “If you love history, or if you love Chelsea, either one, you are very welcome.”

COLUMBIANA- A motion was filed for Candie Renee Zito, of Chelsea, and Corey Lane Zito, of New Iberia, Louisiana, to... read more