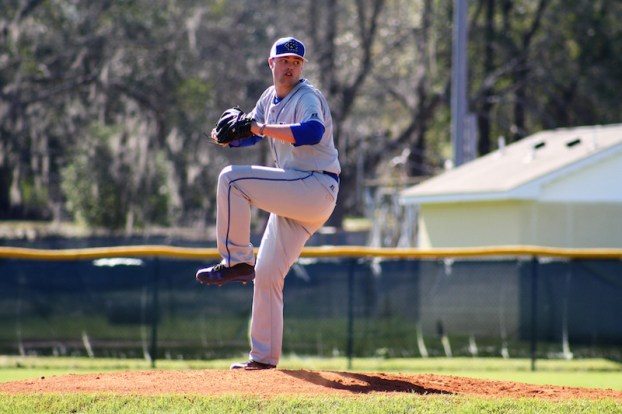 Kingwood was able to win the AISA AA Region 1 Area 2 championship after beating Autauga Academy in game one of a doubleheader on Tuesday, April 11. (Contributed)

ALABASTER – It’s been a strong year for the Kingwood Christian Lions baseball squad and although the regular season isn’t officially over, area play is and the Lions have an area championship to coincide with its ending and show that it has already been a successful season for this 2017 Kingwood team.

A doubleheader with Autauga Academy on Tuesday, April 11, was the deciding factor. Win one of two and the Lions were champions, lose both and Autauga Academy would walk away with the title. Kingwood did just enough to claw out game one of the series 2-1 to move their area record to 7-1, while the Generals moved to 5-3. Autauga did take game two of the doubleheader 11-6, but that didn’t matter in the overall scheme of things.

While they trailed 1-0 most of the game, Kingwood was able to come through when it counted the most as they brought home two runs in the bottom of the sixth to take home a 2-1 win.

Garrett Landry and Josh Velo both had stellar performances on the mound, and were leading factors as to why the Lions were able to bring home the championship.

Landry got the start on the mound and went five innings giving up just three hits and allowing one unearned run, while striking out four. Velo came in for relief of Landry and threw the final two innings allowing one hit and striking out four more batters. None of Velo’s strikeouts were more important than him striking out the side in the top half of the seventh to close out the win and preserve the championship.

The Generals did strike first in the top of the second inning after a leadoff single. After that batter advanced to second on a sac bunt, a fielding error at second base allowed him to score two outs later as Autauga had taken a 1-0 lead.

Each team got runners into scoring position over the next few innings, but neither team could capitalize until the Lions came through in the clutch during the top of the sixth.

The inning started with a walk, a groundout, another walk and a fly out to put two runners on with two outs in the inning. Garrett Picklesimer came to the plate next and drove the second pitch he saw to left field for an RBI double as the Lions had tied the game at 1-1.

Austyn Franklin came to the plate immediately after and followed with a two-pitch at bat of his own as he singled on a ground ball to the shortstop that brought in what would be their game winning run.

Six different Kingwood players had a hit in the contest as they actually outhit the Generals 6-4. Franklin and Picklesimer were the only ones to tally an RBI. Landry also had a solid day at the palte going 1-1 with a double, two walks and a run scored.

The win not only gave the Lions an area championship, but it also gives them a luxury of a bye in the first round of the AISA baseball playoffs.