Mayor’s Prayer Breakfast set for May 2 in Hoover

HOOVER – The city of Hoover will sponsor its 35th annual Mayor’s Prayer Breakfast on May 2. 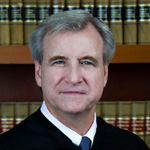 The event will be at the Hyatt Regency Birmingham – The Wynfrey Hotel at 7:30 a.m.

Lori Salter-Schommer, spokeswoman for Hoover Mayor Frank Brocato’s office, said the event is scheduled each year in conjunction with the National Day of Prayer, which this year is set for May 4.

“This year’s breakfast is unique and special,” Salter-Schommer said. “It’s the first event with our new mayor, Frank V. Brocato, who was elected last November—and it follows our Celebrate Hoover Day on April 29 when we’ll commemorate our 50th birthday.”

Salter-Schommer said the mayor is excited to have Alabama Supreme Court Justice Glenn Murdock as guest speaker at the prayer breakfast.

“The mayor knows that Justice Murdock is a committed Christian in a very public office, and he has spoken throughout the nation on religious liberty issues,” she said.

In addition to Murdock, several local residents will be featured at the breakfast. ABC 33/40 personality James Spann will serve as emcee, and Shelby County District 6 Commissioner Mike Vest will sing the National Anthem.

Gen. Paul Pocopanni, chairman of the Hoover Veteran’s Committee, will lead the Pledge of Allegiance; Honor Guard members from the Hoover Police and Fire Departments will post the colors; and ministers from Prince of Peace Catholic Parish, Briarwood Presbyterian and Crosscreek Church will offer prayers and scripture readings.

The Hoover Beautification Board hosts the mayor’s prayer breakfast.

“We’re really excited about this year’s program,” board chairwoman Ann McAdams said. “Past events have been great. The community is wonderful to support us. We’ve had great speakers and a great time of inspiration.”

“Typically, we have a sell-out,” Salter-Schommer said.

The deadline for ticket sales is April 25.

Tickets may be ordered by calling the Hoover Public Library at 444-7800 or online at TheLibraryTheatre.com.