COLUMBIANA- Jeremie Jonathan Montgomery, of Clanton, was released from the Shelby County Jail on a $500,000 bond on Tuesday, April 11. 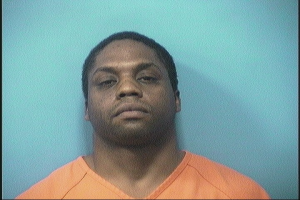 Montgomery, 29, was arrested and charged with making a terrorist threat on Nov. 1, 2015. According to court documents, Montgomery allegedly made a post on his personal page which read, “I feel like going on a killing spree today… If I take a trip out to my old job, things are going to get pretty ugly… They messed over the wrong person and it’s not about to go down like that… I got 30 rounds and I’m trying to use the whole clip and some more,” along with a photo of Montgomery holding an SKS rifle.

The social media post targeted First Flowers Bakery in Birmingham and Alabama Crown Distribution in Alabaster, which was evacuated.

In October 2016, Montgomery filed a request for the pre-trial release program, citing a family emergency. In response, Circuit Judge Lara M. Alvis issued an order, which stated, “The defendant may not represent himself while also represented by council. The defendant [may] discharge his council and then file documents, pleadings or communicate with the court, although such election should be discouraged.”