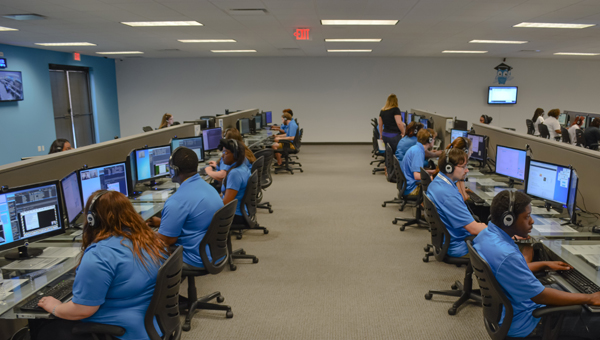 The Hoover location of ProctorU has 130 employees, and there are about 600 nationwide. (CONTRIBUTED)

HOOVER – ProctorU, an online proctoring company, has opened in Hoover after moving its headquarters from Livermore, California.

The Hoover location has 130 employees, and there are about 600 nationwide, according to a press release from the company.

“We have had a presence in Hoover for most of our company’s history,” said Franklin Hayes, director of marketing for ProctorU. “We were founded in Hoover as part of the online school Andrew Jackson University in 2008. In 2011, we moved to an office in Pelham, and in 2012, we moved back to Hoover in a larger facility in Riverchase. In 2014, we expanded again and moved to another building with a larger floor plan.”

Hayes said the Hoover office houses most of the company’s executive, sales and marketing staff members.

McFarland brings to the company more than 25 years of executive leadership experience in the healthcare and technology industries, according to the release. He has held executive positions at Stanley Black and Decker, McKesson Health IT and Emageon, a public Birmingham healthcare IT company later acquired by Merge Healthcare Solutions Inc.

“This was a move that made sense for us on a variety of levels,” ProctorU’s founder and chief strategy officer Jarrod Morgan said in a release. “One, most of our senior leadership team is located here in the Birmingham area, which simplifies things on an operational level. Second, Birmingham is the birthplace of Proctor. It was our original home. Finally, this is a great opportunity for us to really represent the Birmingham community.”

The service allows students to take their exams from nearly anywhere in a secured environment.

ProctorU is located at 2200 Riverchase Center #600 in Birmingham.

PELHAM – The Department of Public Health has confirmed two separate cases of rabies in Shelby County, in the areas... read more