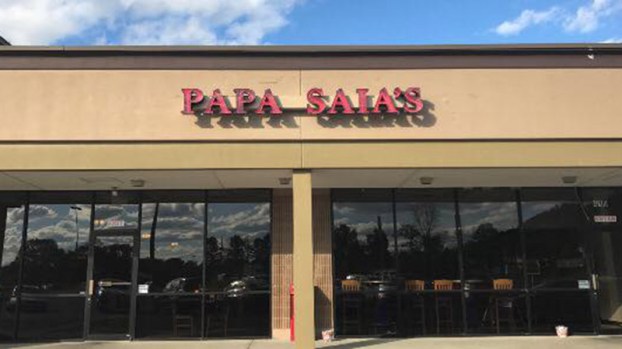 Papa Saia’s returned to its original location in Alabaster in mid-February after being open for several years in Helena. The restaurant offers a variety of foods including seafood, wings and a daily meat and three lunch option. (Contributed)

ALABASTER – After returning to its original location in Alabaster in mid-February, Papa Saia’s has seen a positive response from the community.

“Everyone has really enjoyed the new location,” said Papa Saia’s owner Tammy Casteel. “Our meat and three option has done really well. We now offer that Sunday through Thursday for lunch from 11 a.m. until 2 p.m., and that seems to be popular with a lot of people.”

The restaurant first opened in Alabaster in 1997, and moved to several locations throughout Shelby County over the years.

After several years in Helena, the restaurant announced in January that it would be moving back to Alabaster where it is now located in the former Chubb’s Grubb Station and next to the Amy’s Hallmark store off First Street Southwest in Alabaster.

Casteel said other customer favorites include weekly specials each night including “taco Tuesday,” “wing Wednesday” or oyster specials on Thursdays.

“We try to do a different special throughout the week, and we always have weekend specials,” Casteel said. “I will usually share on Facebook each day what we will have available for the meat and three options that day as well as what our specials will be. We then share that on a community pages on Facebook, and word really spreads about what we have to offer.”

Casteel said the Alabaster community has been supportive of the new location, and many residents comment they are glad to see the restaurant return to the area.

“We are very thankful that people have come out to support us,” Casteel said. “It has meant a lot.”

The restaurant’s more popular item is wings, which Casteel said seems to be a crowd favorite.

“On Fridays we have an all-you-can-eat wing buffet, which is our biggest seller,” Casteel said. “In Helena, the restaurant had oysters, but we never offered oysters in the former Alabaster location so we decided to offer them now. We also offer more seafood dishes than we did before.”

Casteel said all of the food offered at the restaurant is made in-house, and customers know what they are ordering is fresh and high quality.

The restaurant will also host a crawfish boil on May 13 in a portion of the parking lot near the restaurant.

There will be live entertainment, the restaurant’s full menu, gumbo, oysters and crawfish, plush corn and potatoes.

The event is family-friendly, and Casteel said she hopes the community will come out for a good time.

For more information on Papa Saia’s or for a list of the restaurant’s menu offerings, visit Papa Saia’s on Facebook, or call 664-5993.

COLUMBIANA- Jeremie Jonathan Montgomery, of Clanton, was released from the Shelby County Jail on a $500,000 bond on Tuesday, April... read more