COLUMBIANA – A 54-year-old Alabaster woman is serving a two-year prison sentence after pleading guilty to choking and striking her mother multiple times with a shoe, according to Shelby County Circuit Court records. 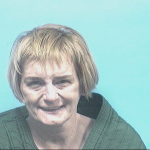 Sherry Theresa Rhea, who lists an address on Mangrove Drive in Alabaster, pleaded guilty to one felony count of domestic violence by strangulation or suffocation in late February in front of Circuit Court Judge Daniel Crowson.

As a result of Rhea’s guilty plea, Crowson originally sentenced Rhea to 15 years in prison, but split the sentence to two years in prison followed by two years of supervised probation. Rhea, who had two previous adult felony convictions on her record, received 132 days of jail credit for time served in the Shelby County Jail before her sentencing, and must complete a mental health treatment program while incarcerated.

Because the domestic violence charge was a Class B felony, Rhea could have received up to 20 years in prison.

The Alabaster Police Department arrested Rhea on Oct. 15, 2016, and charged her with one felony count of domestic violence.

Rhea’s arrest came after an Oct. 15, 2016, domestic incident, during which she allegedly “choked (the victim) and struck the victim multiple times in the face with a hard-sole shoe,” according to her arrest warrant.

She was transferred from the Shelby County Jail to the Alabama Penitentiary on April 13.