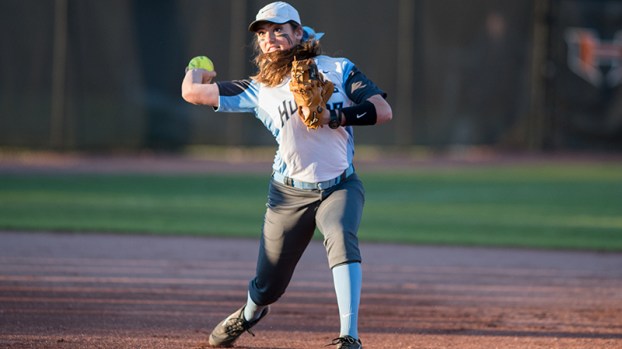 Helena’s Grace Robertson went 3-for-4 at the plate scoring one run to lead Helena in a win against Pelham on Thursday, April 13. (File)

The Helena Huskies and Pelham Panthers softball teams faced off for the second time this season on Thursday, April 13, and both times, Barnett has thrown complete game shutouts.

On March 21, Barnett allowed just four hits as Helena cruised to a 7-0 win and on April 13, Barnett was even sharper.

Barnett threw a complete game shutout and narrowly missed pitching a no-hitter as the Huskies blew out Pelham 9-0.

Barnett entered the bottom of the seventh inning with a 9-run cushion and had allowed no hits until Pelham’s Dalton Merrill hit a leadoff single to break up the no-hitter. In the end, the hit didn’t mean much as Barnett ended the game striking out Kacie Weldon and dominated with six strikeouts on 108 pitches.

Offensively, Helena was equally as impressive collecting 14 hits as a team to score nine runs in the final four innings.

Nine Huskies had at least one hit at the plate and Grace Robertson, Katie Lively, Mekhi Mayfield and Tori White all finished with multi-hit games.

Leading 2-0 heading to the sixth inning, Helena blew the game open in the final two innings scoring three runs in the sixth and four runs in the seventh.

Robertson went 3-for-4 at the plate scoring one run, while White finished with a game-high three RBIs to lead the Huskies.

With the win, Helena is now 3-0 in area play and will take on Chelsea on Wednesday, April 19, to try and win the regular season area title.