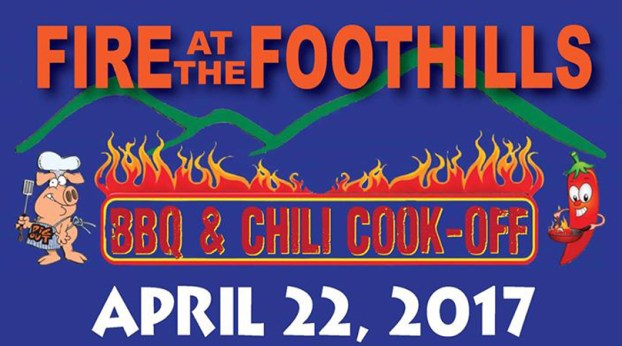 The seventh annual Fire at the Foothills BBQ and Chili Cook Off will be hosted by the Chelsea Kiwanis Club on Saturday, April 22 from 1 to 4 p.m. at the Tractor Supply. (Contributed)

CHELSEA- The seventh annual Fire at the Foothills BBQ and Chili Cook Off will be held from 1 to 4 p.m. on Saturday, April 22. The event will take place at the Tractor Supply on 119 Atchison Drive.

Competitors are able to win several awards, including the People’s Choice Award, which is based on the amount of tips each team raises.

According Weygand, last year’s event attracted around 1,500 people, and more are expected to attend this year.

The 2017 Fire at the Foothills is hosed by the Chelsea Kiwanis Club, and sponsored by several local businesses.

Kiwanis Club Treasurer Mike Denton said proceeds from the barbecue competition will benefit “charitable organizations for kids in the Chelsea area,” and the chili cook-off will benefit Hero the Firedog’s fire safety program.

While the event is free to the public, visitors are encouraged to donate five dollars or more to the Chelsea Kiwanis Club.