COLUMBIANA – A 42-year-old Maplesville man nabbed in a January drug bust will spend the next few years in prison after he pleaded guilty to distributing crack cocaine in Alabaster, while cases are still pending against several suspects arrested during the same sting. 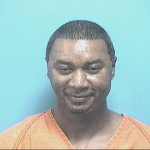 Robert Lee Chaney Jr., who lists an address on Chilton County 87 in Maplesville, pleaded guilty to one count of unlawful distribution of a controlled substance and one count of possession of drug paraphernalia in early February, according to Shelby County Circuit Court documents.

As a result of Chaney’s guilty plea, Shelby County Circuit Court Judge William Bostick sentenced him to a total of 32 months in prison. He received 15 days of jail credit for time served in the Shelby County Jail before he was sentenced. Chaney also must successfully complete a substance abuse treatment program.

Task Force members made the arrests while serving search warrants at several residences in the area of Cohill Drive and Dilcey Daniels Drive in Alabaster on Jan. 18. During the search, Task Force members seized cocaine and counterfeit cash.

The criminal charges brought against Gollach were dismissed after she was admitted into the Shelby County Drug Court program in early April.

CHELSEA- The seventh annual Fire at the Foothills BBQ and Chili Cook Off will be held from 1 to 4... read more