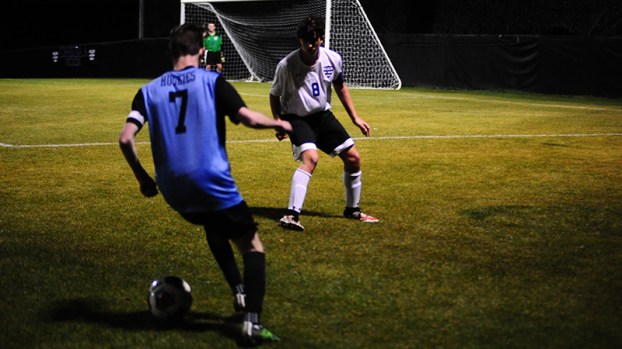 Helena sat at 1-1 in area play, while Chelsea had an 0-3 area record coming into the game.

A win for Helena all but secured at least a runner-up finish in the Class 6A Area 7 standings, but a loss would complicate things further and give Chelsea an outside chance of making the postseason.

However, the Huskies erased any doubt and defeated the Hornets 3-0 in an impressive match at home.

Helena got goals from three separate players as Cael Cranor, Zac Fuller and Brennen Brown scored one goal apiece in the win.

The Huskies finished with 17 shots on goal compared to Chelsea’s four.

Helena Goalkeeper Cameron Beery was 4-for-4 on saves to preserve the shutout.

With the win, Helena improved to 2-1 and will have a chance to finish at least first or second in the area standings depending on the result of their game against Pelham on April 18.

Even with a loss against Pelham on April 18, Helena will advance to the Sub-State Playoff round which will begin April 29 as Chelsea has been eliminated from playoff contention with an 0-4 area record.