HOOVER – The city of Hoover announced on April 18 that Mac Martin Jr. has been hired as city planner. 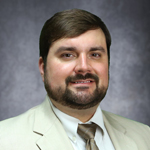 He also worked to spearhead efforts by the city of Athens to recruit both retail and commercial development.

Martin currently serves as the president on the executive committee for the Alabama Chapter of the American Planning Association and is the chairman for the Auburn University Master of Community Planning Committee.

“Mac Martin will bring years of expertise and experience to our team,” Hoover Mayor Frank V. Brocato said. “The city of Hoover will be focused on implementing a master plan to give the city direction, and Mac will be tasked with leading these efforts. Planning will provide a catalyst for our city’s revitalization, and it is extremely important that we are proactive as a city rather than reactive.”

The city of Hoover consisted of 406 residents when the city was incorporated in 1967 and in 50 years has gained nearly 90,000 residents. With a diverse population, Hoover is now the sixth largest city in the state of Alabama.

Martin, as city planner, will be leading the efforts to identify vulnerable parcels of land throughout Hoover by working with landowners and affected neighborhoods, and recruiting quality residential and commercial development for structured growth.

“Since its incorporation in 1967, many people have contributed to making Hoover one of the top places to live and raise a family as well as a community we are proud to call home,” Brocato said. “As we celebrate our 50th anniversary this year and look to the next 50 years, it is important that we look at city planning in a strategic way. We are focusing on ‘building community together’ this year during our anniversary-and hiring a city planner is a great step in the right direction.”