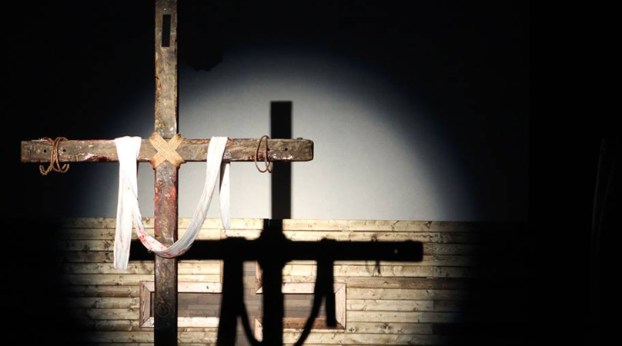 “The Collision,” which portrays the lives of a modern-day family alongside the resurrection story of Jesus Christ, was performed throughout the Easter weekend. (Contributed)

ALABASTER- The Branch at Mission Hills presented its Easter drama, “The Collision,” on Friday, April 14 through Sunday, April 16. According to Pastor Brook Lovett, “The Collision” followed the modern lives of three characters while also portraying the crucifixion and resurrection of Jesus Christ.

The drama was written by Worship Pastor Kyle Ziglar, included dance numbers from the church’s praise team and incorporated the work and talents of many church members

“This is something that we were doing as a church. It’s based on scripture,” Lovett said. “We’ve been working on this for about three months, and there are about 50 people in the cast.”

According to Lovett, “The Collision” was a big production for a church that has only been in the community for two years.

“We put together an advertisement team, and they put the word out. It’s not the same play as last year. You can’t change the Gospel message, but this is a variation,” Lovett said. “God has just blessed this church with all of these people inviting people.”

Lovett said the purpose of “The Collision” is to provide hope and remind people of the true meaning of Easter.

“It’s really the story of Jesus and what he offers to the world. It gives hope to the hopeless,” Lovett said. “God will bring the people that he desires to be here.”

COLUMBIANA – The city of Columbiana began slip-lining the sewer line on Main Street as the first of three sewer... read more