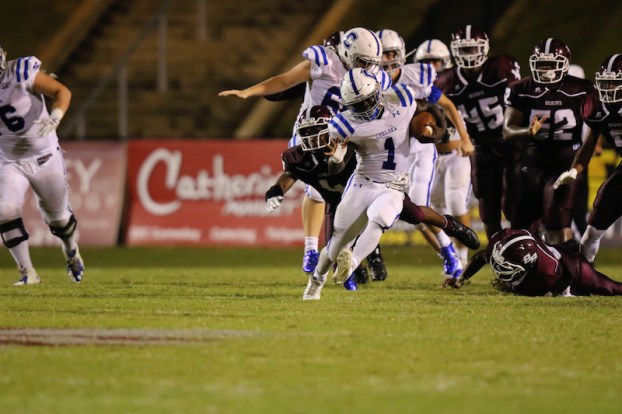 Chelsea’s Zalon Reynolds, the Shelby County Player of the Year, signed a college scholarship to attend the University of Cumberlands in Kentucky. (File)

CHELSEA – When Zalon Reynolds took off his Chelsea jersey for the last time and fell to his knees around the 20-yard line of the Hornets’ field after a heartbreaking 31-23 loss to Bessemer City in the first round of the 2016 playoffs, we all were witnesses to what kind of young man he is, a player with a lot of heart.

As the tears poured out of his eyes and dripped onto the grass, it was evident that he wanted to make history and continue playing for his teammates, but with every sad ending comes a new beginning. That new beginning for Reynolds will be in Williamsburg, Kentucky where he will attend the University of Cumberlands to continue his football and academic career.

While his future is on the horizon, the memories and lifetime relationships he has created with his “football family,” will be sorely missed as he moves forward.

“I’ve been playing with these guys since fourth grade and all four years here at Chelsea, they are like my family now and I’m going to miss that,” Reynolds said. “Coach (Chris) Elmore is one of the best coaches I’ve ever had, along with the coaching staff here. I’ve gone to three different schools and this is by far the best because it’s like one big family here.”

Sitting at 5-foot-7, 185 pounds, most people look at Reynolds and think there is no way he can perform at the running back position, but it seems like in every sport over the history of time, that theory has been proven wrong and Reynolds is no exception.

When being tackled he plays more like a 6-foot-5, 235-pound tight end, but when in the open field he plays like his size, showing an elusive speed and agility to avoid tacklers. 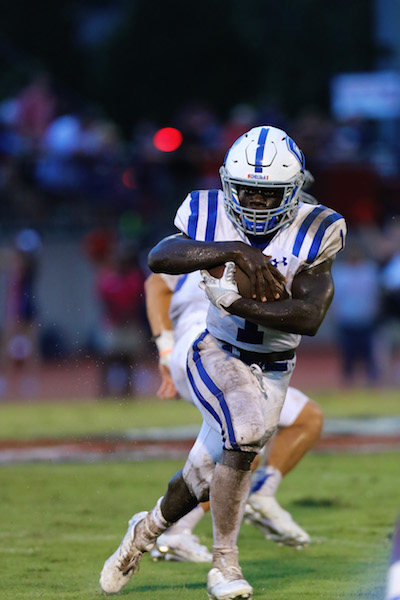 That first time you see him in person run through two or three tacklers and break free up the side line with one man to beat, who he then jukes out of their shoes to get to the end zone; that’s when you realize just how special of an athlete he is.

Reynolds will say it just takes working out, but coach Elmore knows what the truth really is.

“A lot of times I look at it this way, either you’ve got ‘it’ or you don’t and he’s got ‘it,’” Elmore said. “His mom has raised him right, and he just understands the value of hard work and really self-sacrifice for his teammates. He’s just got something inside of him that’s rare.”

Elmore said he tried to explain that to all of the college coaches, and told them “not to judge a book by its cover.”

“I’m glad Cumberlands is giving him a chance and I really think some other schools around, especially locally, are going to regret not giving him a chance,” Elmore said. “I definitely don’t want to speak bad of anybody, but I think people are going to look back and say ‘Wow, we should’ve given that guy an opportunity,’ because height and size really doesn’t matter in his case.”

It was clear that height and size didn’t matter at the high school level, even when he was facing bigger teams. He received a lot of recognition across the state after carrying the ball 249 times for 1,886 yards and 20 touchdowns on the ground, which was good enough for 7.6 yards per carry and 1.8 touchdowns per game.

Even more impressively, out of those 249 carries, the small-framed Reynolds didn’t lose a single fumble. His strong play made him the Shelby County Reporter’s Player of the Year locally, and was named to the Class 6A All-State team.

While the memory of his tearful goodbye will always be in his mind, his “boys” that he took the field with under the lights every Friday night during the fall, will be an overshadowing image of what Chelsea meant to him. Now he’ll do it all over again as he moves on to meet new people and wow new fans, but those Chelsea memories will reign on forever as they push him to new heights.