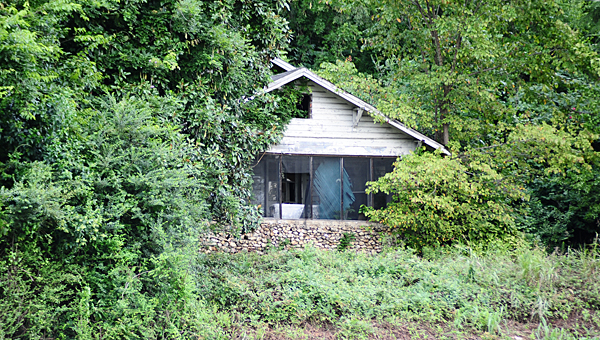 The Alabaster City Council voted during its April 10 meeting to place a lien against a property off U.S. 31 to cover the cost of demolishing a pair of abandoned structures near the Aldi supermarket. This home, photographed in August 2016, has since been demolished. (File)

ALABASTER – Crews recently demolished a pair of dilapidated structures along one of the city’s busiest roadways, and will attach the cost of the demolitions as liens against the properties, City Council members decided during a recent meeting.

Council members voted unanimously during their April 10 meeting to place a $15,039 lien against 229 U.S. 31 and 235 U.S. 31 to cover the cost of demolishing two structures on the property. Both addresses are considered a single parcel in Shelby County’s property records.

The council voted in August 2016 to move forward with tearing down the two dilapidated structures, which were near the Aldi supermarket near the intersection of U.S. 31 and Shelby County 11, at the recommendation of the city’s Housing Abatement Board.

The abandoned and deteriorated structures on the properties previously were deemed by the AHAB to be “unsafe to the point of creating a public nuisance.”

Following the council’s August vote, the property owner had 30 days to either tear the structures down or bring the properties up to city code.

PELHAM – The Pelham City Council approved the purchase of property located at 320 Bearden Road at its meeting on... read more