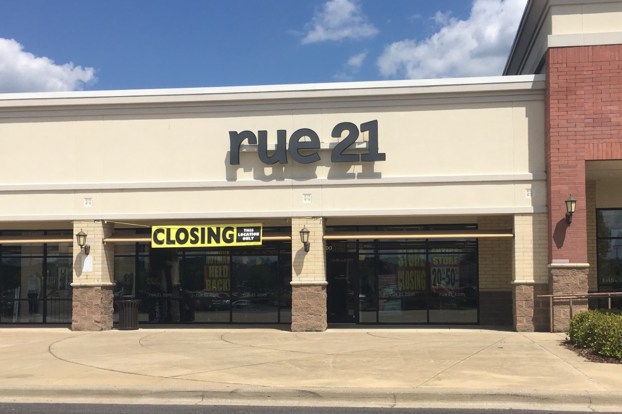 The Rue 21 in Alabaster is one of 14 locations in Alabama, and one of 400 locations nationwide, that are slated to close. (Reporter photo/Amalia Kortright)

ALABASTER- The Rue 21 store at the Colonial Promenade is one of 14 out of 30 Alabama locations that will be closing.

The announcement came after reports that the company plans to file for bankruptcy by the end of April.

According to a report from the Chicago Tribune, 14 Rue 21 locations in Alabama, including locations in Alabaster, Athens, Bessemer, Birmingham, Cullman, Fultondale, Huntsville, Irondale, Madison, Montgomery, Prattville, Saraland and Scotsdale, are also set to close. A date for when the stores will close has not been announced.

While the Alabaster Rue 21 was not affiliated with the South Shelby or Greater Shelby County Chambers of Commerce, Greater Shelby Chamber Community Director Keyla Handley expressed her disappointment about the closing of a local business.

“We have to see them go. Small business is the backbone of our economy, especially here in Shelby County,” Handley said. “We wish them the best of luck.”

About 400 stores across the U.S. are expected to close. According to a Rue 21 representative, closing the stores was a “difficult decision that needed to be made.”

Chain stores JCPenney and Payless Shoes also announced they will be closing many locations. However, there have been no reports indicating their locations at the Promenade will close.

ALABASTER- A missing Bessemer 19-month-old was located at an apartment complex in Alabaster at around 4:30 a.m. on Thursday, April... read more