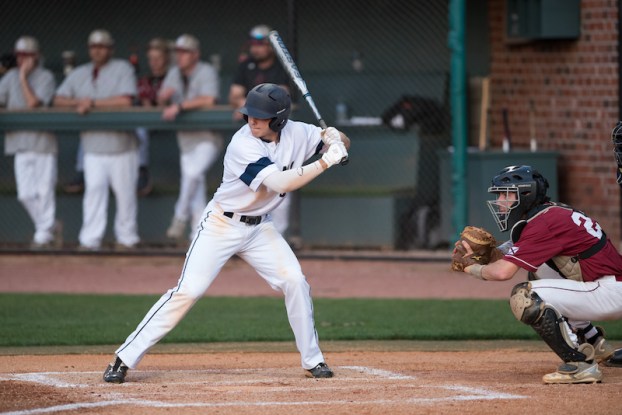 Briarwood finished the regular season ranked as the county's only No. 1 team after going 24-3. (Reporter photo/Keith McCoy)

Briarwood No. 1, five others in respective top 10

It seems like just yesterday summer was coming to an end and football was kicking off on a fresh fall Friday night. Now, the heat has returned and summer is on the near horizon as we close out another great year of high school sports.

This moment didn’t exactly hit me until I started looking over the last ASWA baseball and softball rankings of the 2017 season, which means everything is now less than a month from coming to an end as we hit the spring playoff season.

Throughout the 2017 baseball season, teams in Shelby County have proven themselves to be legitimate title contenders leading up to a season-high of eight teams in the rankings a week ago. This week that total number moved slightly down to six, but it doesn’t minimize the impact and success that has been seen county-wide this season.

One of the stronger moves of the week came from the Oak Mountain Eagles as they jumped from No. 3 in the 7A rankings to No. 2. That one-spot jump itself doesn’t jump off the page, but the Eagles (27-8) have gone from unranked a short four weeks ago to the No. 2 team in the state. That is in large part due to them wining 15 of their last 17 games with those two losses being to No. 1 Helena and No. 1 Briarwood.

Spain Park fell from the 7A rankings after jumping in and out over the past few weeks, but they did upset No. 1 Helena 9-8 on April 17.

That loss by the Huskies cause them to lose the No. 1 spot in class 6A, however, as they slid down to No. 2 in the final standings. Something like that is likely to fuel what I think is the best team in the state. It marked just their fifth loss of the season, and having won 19 of their last 21 games, losing seems to be foreign to them, which bodes well as they kick off postseason play.

Helena was coming off a sweep of Chelsea to close out area play with a perfect 4-0 record. Those three losses for the Hornets were part of a four-game skid that caused them to fall out of the 6A top 10 for the first time in a few weeks. Chelsea has proven, however, with their 23-11 overall record and a Lake Martin Classic championship that they have what it takes to win in the postseason. Their pitching staff and defense is second to none, it all comes down to their offense picking up hits.

In 5A, the Briarwood Lions and Calera season ended the season like they came in, as two of the best teams in the classification.

Briarwood ended the season as the county’s only No. 1 team after a 24-3 regular season. They ended the season by winning 18 of their last 20 games as they head into the playoffs as a strong favorite to win the 5A state championship.

Calera held steady this week at the No. 6 spot after finishing the season with an overall record of 21-12. They also scratched out a perfect area record and area championship in that 21-12 record to show off just how skilled their team is. Having won five of their last seven games, the Eagles have the pitching staff to make a run at the state championship.

Sliding down to the 2A classification, the Vincent Yellow Jackets finished the season ranked as the No. 9 team in the state. A much deserved spot after an up and down start to the season. Vincent finished area play undefeated to take home an area championship and has won six in a row to end the season.

Finally, moving down to the AISA top 10, the Kingwood Lions have moved from outside the top 10 two weeks ago all the way up to No. 7 in the last poll of the season. The Lions finished the season 19-9 and as region champions. They have a bye in the first round of the playoffs, but will host a first-round game on Thursday, April 27.

By ALEC ETHEREDGE | Sports Editor The final ASWA softball rankings are upon us, which means area tournaments and postseason... read more