When Emery Claire Howard was born on March 15, 2017, she became the fifth-living generation of her family, and 88-year-old Betty Keenum Siener of Alabaster became a great-great grandmother.

“Grammy” is a true matriarch of her family, has an artistic bent and still amazes her family with her quick wit and sense of humor. 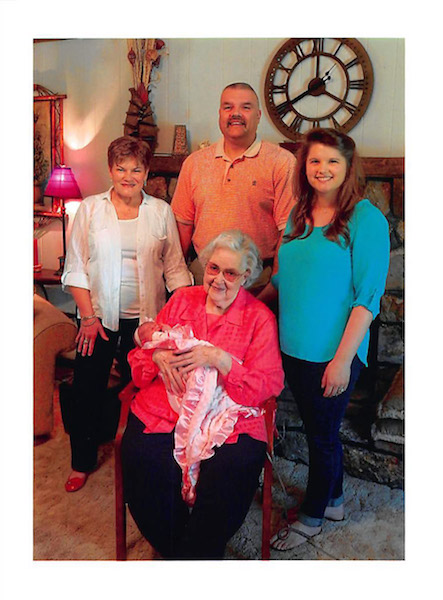 She has 27 descendants and another great-great grandchild, Ava Claire Rouse, expected to arrive soon.

It’s the second time that she, her daughter Peggy and her grandson, Billy, have celebrated being a part of five generations.

The first time was when Billy was born in 1966.

By GRAHAM BROOKS / Staff Writer HELENA–Helena residents who may have accumulated large trash items that can’t be picked up... read more