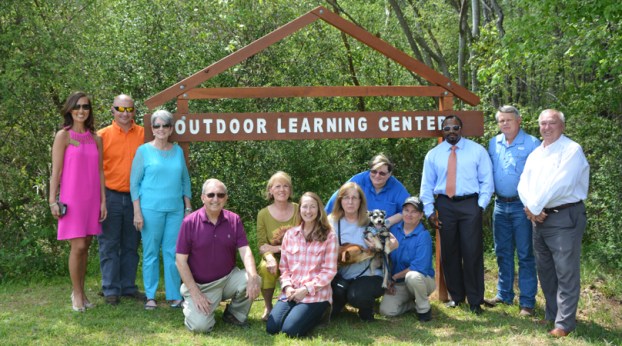 COLUMBIANA- The Outdoor Learning Center, a park and nature trail in Columbiana, recently completed several renovations through the efforts of the Shelby County Master Gardeners and other local and state organizations.

According to Shelby County Master Gardeners Project Facilitator Michele Hill, the park is described as a “secret hideaway for walking, picnicking, enjoying nature and outdoor learning.”

“It’s always been usable, but a lot of people don’t know about us,” Hill said.

The Shelby County Master Gardeners also donated many plants, which they created beds for, planted, mulched and labeled.

Throughout the renovation process, staff from the Shelby County Facilities and General Services Division constantly maintained the park by mowing grass, keeping pathways clear, emptying and picking up trash, setting up the entrance sign and repairing footbridges.

The Outdoor Learning Center is located on Kelly Lane off of Alabama 70. The park contains three acres of woodland, and a trail that spans about a quarter mile.

“All of this beauty is located within the city limits of Columbiana,” Hill said. “As we enjoy the lovely, cool days of spring, come introduce yourself to this hidden paradise.”