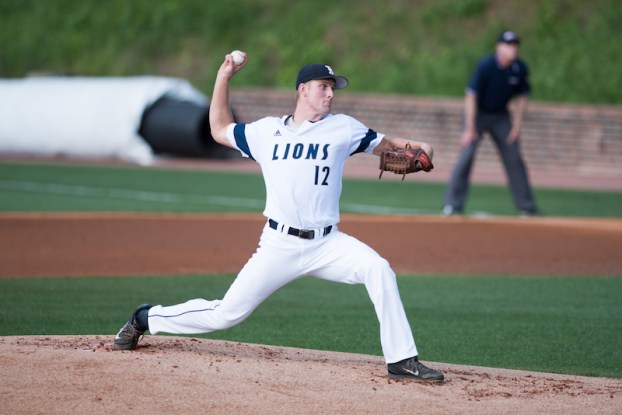 In the game of the week, Briarwood will travel to Mobile where they will face off against No. 2 Faith Academy. The winner of that game could very well go on to win the state championship. (Reporter photo/Keith McCoy)

Preview and predictions for round two of the baseball playoffs

There was a total of six teams competing in the first round of the 2017 baseball playoffs on Friday and Saturday, April 21-22, and of those six, five advanced on to the second round in rather dominating fashion.

Montevallo was the only team to get swept and have their season come to an end, but Helena, Briarwood, Vincent, Calera and Chelsea all moved on to round two after stellar performances.

This week, along with those five, two 7A teams, Oak Mountain and Spain Park, will also be thrown into the mix to give the county a total of eight teams in the playoffs and seven still left competing. Round two games will be played in doubleheaders on Friday, April 28 and if necessary games would be the following day.

Huntsville vs. Oak Mountain: The Eagles will open their playoff run as the No. 2 team in the state and will host Huntsville on Friday night in a doubleheader. Game one will be at 4:30 p.m. and game two at 7p.m. An if necessary would be Saturday at 1 p.m.

My prediction: The Eagles will sweep Huntsville in two games on Friday due to a pitching staff that features Gene Hurst and Joseph Hartsfield, who are a combined 14-1 this season.

Spain Park at Grissom: Spain Park will have to travel to Grissom for its first-round series with game one scheduled for 5 p.m. and game two for 7 p.m. A rubber match game would be played Saturday at 3 p.m. if necessary.

My prediction: This game is a complete toss up, but Spain Park won two in a row to end the season to grab some momentum, while Grissom lost three of its last four. For that reason, the Jags advance.

Helena at Opelika: The Huskies pitching staff was incredible in the opening round only giving up one run in their sweep of Russell County. They’ll now travel to Opelika where game one will take place Friday at 5 p.m. and game two at 7 p.m. An if necessary on Saturday at 1 p.m.

My prediction: I picked the Huskies to win it all and can’t change that now. They’ll sweep this one and move on to round three. They’ve won 22 of 24 with the two losses coming by one run.

Benjamin Russell vs. Chelsea: After an incredible opening round series, the Hornets have earned the right to host Benjamin Russell in round two. Game one will be at 5 p.m. on Friday and game two at 7:30 p.m. An if necessary would be Saturday at 1 p.m.

My prediction: Benjamin Russell is coming off a series where they beat Blount County 22-0 and 15-0, but Chelsea has beaten this team three times this season combining to score 20 runs in those wins, showing they can handle this pitching staff. They’ll have to find their offense again, but will scratch out another series and move on.

Briarwood at Faith Academy: The Lions dominated their first-round series beating Headland by a combined 26-1. They’ll now face Faith Academy with games one and two scheduled for Friday at 4 p.m. and 6:30 p.m. The if necessary game would be Saturday at 1 p.m.

My prediction: It’s No. 1 vs. No. 2 in this 5A matchup with only one spot available in the next round. The winner of this game will most likely go on to win the state championship. Briarwood has an overall record of 26-3, while Faith sits at 23-5, showing that losing is foreign to both this season. This Briarwood offense is no joke, they went off against one of the state’s best pitchers last week by putting up 13 runs, which showed they are scared of nobody on the mound. For that reason, the Lions propel forward.

Calera at Rehobeth: After an easy-going first series of the playoffs, No. 6 Calera now has to travel Dothan where No. 7 Rehobeth awaits. Game one is scheduled for Friday at 5 p.m. and game two at 7:30 p.m. The if necessary would be Saturday at 1 p.m.

My prediction: Jacob Smith and Tyler O’Clair proved they will be a tough 1-2 punch this postseason after dominating St. Paul’s in the first round. Rehobeth struggled with Moody narrowly escaping a sweep to win in three games. Calera is a lot better than Moody and should win this in two games. If it’s forced to a game three it could get dicey, but a second sweep is in the forecast for the Eagles.

Vincent at Section: Vincent dominated in round one winning by a combined 20-3 over Winston County. They’ll now have to travel two hours north to Section High School where games one and two are scheduled for Friday at 4 p.m. and 6:30 p.m. An if necessary would be played Saturday at 2 p.m.

My prediction: Vincent has now won eight consecutive games and are clicking at the right time. Ethan Davis should be a lock to win game one, and the offense should carry them the rest of the way. This series could go to three games, but either way the Yellow Jackets live to fight on.

South Choctaw at Kingwood: Kingwood had a bye in the first round of the AISA playoffs and will square off against South Choctaw in round two. The Lions have one of the best offenses in the AISA and should be able to handle this game. If they do, they will already have a spot in the semifinals putting them one win away from a state championship series.

My prediction: This could be a high scoring affair, but Kingwood is the better team and is fresh with the week of rest, they’ll handle this one and advance to the semis.

Vincent advances to 2nd round of baseball playoffs

By ALEC ETHEREDGE | Sports Editor VINCENT – The Vincent Yellow Jackets (19-7) proved they belong in the 2A baseball... read more