Shelby man arrested twice in a week on drug charges

COLUMBIANA- A Shelby man was arrested and charged with possession of drug paraphernalia and possession of a controlled substance with intent to sell on Monday, April 17.

Terry Lynn Robinson, 42, who lists an address on Shelby 307, was allegedly caught with 2.27 grams of heroin and a pill bottle to store it in at a traffic stop in South Shelby County. 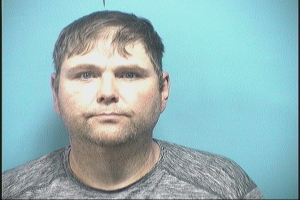 Shelby County Drug Enforcement Task Force Commander Lt.. Clay Hammac said Robinson had bonded out of jail on Wednesday, April 12, after he was caught with 1 gram of heroin and syringes, a spoon and a plastic container on Saturday, April 9, prior to his second arrest.

Unlawful possession of a controlled substance with intent to sell is a class B felony, which can carry a two to 20-year prison sentence and up to $30,000 in fines. Possession of drug paraphernalia is a class A misdemeanor, which is punishable by up to a year and prison and no more than $3,000 in fines.

Robinson’s case was assigned to Shelby County District Judge Daniel A. Crowson, and a preliminary hearing date has not been set.

Robinson is currently being held at the Shelby County jail. A bond recommendation for $75,000 was filed by the District Attorney’s Office. According to the SCDETF, Robinson’s bond was set at $226,000 because he was previously arrested on similar charges.