Man charged with 2 rapes while on bond for 4 others 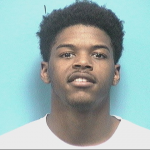 The Helena Police Department arrested Samuel Woods III, who lists an address on Old Cahaba Trace in Helena, on April 24 and charged him with two felony counts of second-degree rape.

The warrants list offense dates of March 22 and April 6, during which Woods was out of jail on bond for four felony second-degree rape charges brought against him in 2016. He was indicted on the four original rape charges – Three of which were brought against him by the Alabaster Police Department and one of which was brought by the Helena Police Department – in December 2016.

In all six cases, Woods allegedly engaged in sexual intercourse with a female victim who was between the age of 12 and 16 while Woods was “16 years or older and at least two years older” than the victim, according to his arrest warrants.