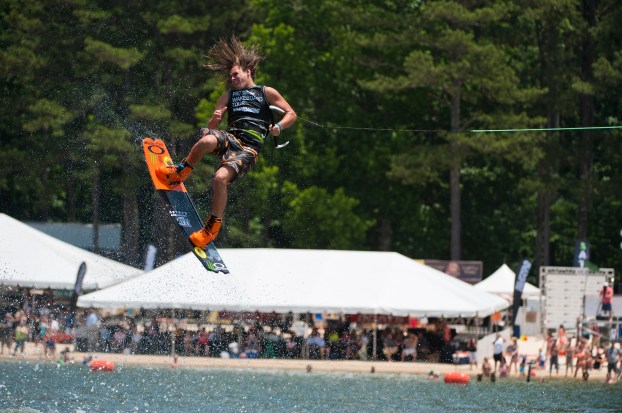 Pro wakeboarding coming to OMSP in May

PELHAM – The Supra Boats Pro Wakeboard Tour, the longest-running professional wakeboard competition circuit in the world, is making its way to Oak Mountain State Park May 12-13.

The wakeboard tour, which is celebrating its 25th anniversary, is free to attend, but admission into OMSP costs $5 per person.

The May competition will mark the first time the wakeboard tour has come to OMSP, according to a news release about the event.

During the May 12 qualifying rounds, some of the world’s top professional men wakeboarders will compete for one of eight spots on the tour line-up. Winners from the qualifying rounds will join the eight highest-ranked competitors from 2016, who pre-qualified for the 2017 tour, for the first official competition of the year on May 13.

“Oak Mountain State Park is the perfect venue for the Supra Boats Pro Wakeboard Tour,” said Rick Tinker, president of Supra Boats, title sponsor of the tour. “It combines glass calm water conditions for the athletes with top-tier amenities for the fans in the crowd.”

The Supra Boats SA550 is the official tow boat for the tour again in 2017. Purpose-built to create clean, consistent and controlled wakes, it is designed to push athletes to new levels while preserving strict handling and a balanced ride for those onboard.

New for 2017, each Supra Boats Pro Wakeboard Tour event will be live-streamed on the event’s Facebook page for national viewing. For more information, visit supraboatspwt.com.

PELHAM – Area residents will have an opportunity to honor Pelham’s only fallen police officer while also enjoying a round... read more