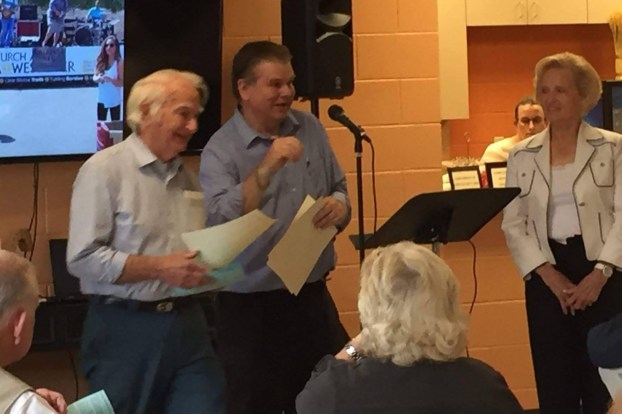 CHELSEA- The Chelsea Historical Society held its first public meeting at 3 p.m. on Sunday, April 23 at the Chelsea Community Center. According to founder Tony Nivens, the meeting served as a way to inform the public about the historical society and award notable residents, businesses and organizations.

“We discussed our goals, which are to enhance, protect and share Chelsea’s history,” Nivens said. “We discussed out heritage, and the people, churches and civic organizations that made it great.”

Nivens said 122 people attended the meeting, which was much higher than the number he had originally predicted.

“I was just blown away by the reception we got from the people of Chelsea. Originally, my wildest dream to start with was 50 people. When we started getting some feedback, I thought we could have as many as 75,” Nivens said. “I think it proves that Chelsea history is still very relevant to Chelsea today.”

Chelsea Historical Society Secretary Ramona Kendrick Perry said she saw a community that had previously been divided by tension and controversy reunite at the meeting.

“There was some separation over the (municipal) election last year and over the Weldon building coming down,” Treasurer Jenny Bartlett said. “This has helped bring everybody, old and new, together as a community.”

“There are a ton of newcomers that just love Chelsea,” Nivens said. “One of the new citizens, Troy Golden, has such a love and respect for Chelsea history. He took a picture of the Weldon store before it came down and made a plaque for me. He asked me tons of questions about Chelsea history, because he wanted to know all he could about it. And he’s brand new to Chelsea.”

At the meeting, about 25 people, businesses and organizations were selected as recipients of the Chelsea Heritage Award for their “lifetime contributions to Chelsea.” Nivens said 15 more people were selected, but were unable to attend the meeting.

“People from the past, with their character and their good will, created this love of Chelsea that still carries through today. This is a beautiful area, and it’s going to keep growing because of that,” Nivens said.

Music on Main coming back in May

COLUMBIANA- Musicians will take the stage on Main Street in Columbiana for the annual Music on Main event, which will... read more