COLUMBIANA- A Columbiana man was arrested and charged with theft of property in the first degree on Monday, April 17 after he allegedly stole $100,000 worth of property from an Alabaster business.

According to a warrant from the Shelby County Sheriff’s Office, Robert Earl Masters, 36, who lists an address on Joiner Town Road, “did knowingly obtain or exert unauthorized control over [a Komatsu mint-excavator], the property of Southern Directional… with the intent to deprive the owner of said property.” 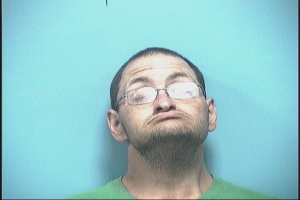 Theft of property in the first degree is a class B felony. If convicted, Masters could face two to 20 years in prison and have a maximum of $30,000 in fines.

Masters’s case was assigned to Shelby County District Judge Daniel A. Crowson, and his preliminary hearing is set for Thursday, May 18.

Masters is currently being held at the Shelby County Jail on a $30,000 bond. His bond for a previous charge was also revoked, after he was arrested in March for theft of property in the fourth degree.

By NEAL WAGNER / Managing Editor ALABASTER – When next year’s kindergartners arrive at Creek View Elementary School for the... read more