The University of Montevallo announced that the speaker for spring commencement ceremonies on May 6 will be Kirk Saduski. 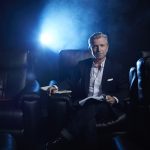 Saduski is an Emmy-nominated documentarian and the head of non-fiction film and television at Playtone, a production company in Santa Monica, California, established by Tom Hanks and producer Gary Goetzman. He also serves as an instructor at UCLA teaching Documentary Film Study.

He was co-executive producer on the TV mini-series “The Sixties,” “The Seventies,” “The Eighties” and the upcoming series “The Nineties.” Each series examines the politics, events and history of the decade. His other producing credits include “John Adams,” “David McCullough: Painting with Words,” “Game Change,” “He Has Seen War” and “The Pacific.”

“The Pacific” was partly based on Dr. Eugene B. Sledge’s 1981 memoir, “With the Old Breed: At Peleliu and Okinawa,” which chronicled his combat experiences during World War II. Sledge, a former United States Marine, was a popular biology professor at the University of Montevallo from 1962 until his retirement in 1990.

On Veteran’s Day in 2015, UM dedicated the Dr. Eugene B. Sledge Memorial, made possible by a gift from the Marine Corps League, Howlin Mad Smith Detachment 592. Saduski served as the keynoted speaker at the memorial dedication in Harman Hall.

“We read ‘With the Old Breed’ and knew right away that it had to be a part of the series,” Saduski said at the event. “When we contacted Jeanne Sledge and her sons they were very open to the idea and luckily agreed to work with us. Over the years we’ve gotten to know the family, so when they asked me to come be a part of the ceremony I was honored.”