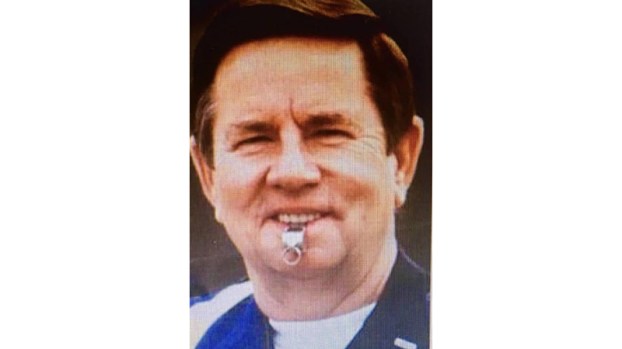 Retired Helena Police Capt. Billy Hinds passed away the week of April 24. Hinds served the city of Helena for a number of decades and was beloved by many in the community. (Contributed)

HELENA–Billy Hinds, a prominent figure and devoted member of the Helena Police Department and community for a number of decades passed away the week of April 24, and community members have taken time to reflect on his service and life.

Hinds was born and raised in Helena and served the city for a number of decades working full-time with the Helena Police Department until he retired as a captain in the early 2000’s due to health reasons.

During his time serving as a police officer in Helena, Hinds became affectionately known as “Mr. Billy,” and had a great impact on children and adults alike in the community.

Relative and current Helena Police Captain Ivey Penhale knew Hinds for a number of years and reflected on his time with the department and in the community.

“He was a good officer and loyal to the city and residents and he loved to go to the elementary school doing traffic and seeing all the youngsters,” Penhale said. “He enjoyed riding through the neighborhoods and he’d stop and interact with the kids in the neighborhoods here. He never met a stranger and got along with most everybody.”

Helena Mayor Mark Hall also remembered Hinds for his love for life and his interaction with children while directing morning traffic for a number of years.

“Prayers and condolences to the family of retired Helena Police Captain Billy Hinds as we learn he has passed away,” Hall said. “Billy was a lifelong resident and was a prominent original member of our police department serving for over 30 years. Many will remember him for his welcoming smile as he often directed morning traffic at Helena Elementary for many years before he retired several years ago. God speed Billy, I am grateful for your service. You will forever be remembered for the good things you did to help so many and how hard you worked to help keep our city safe.”

The funeral services for Hinds is as follows:

Visitation will be between 10:30 a.m. and 12:30 p.m. at Helena United Methodist Church on Monday, May 1. The funeral service will begin at 12:30 p.m., with burial to follow at the Helena City Cemetery.

ALABASTER- Some Alabaster locals have voiced their opinions after the Alabaster City Council elected to proceed with plans to build... read more