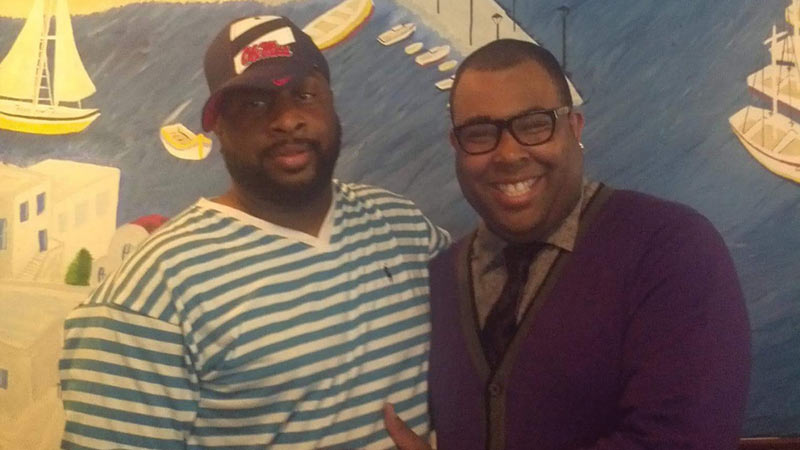 Birmingham police officer Pinkney Tooson III was at work when he received the devastating news his brother Steven L. Tooson had died in a car crash Nov. 12, 2015.

Unfortunately, Steven’s death wasn’t the first tragedy Pinkney and his family had dealt with prior to the crash.

Steven’s wife, Tionne, died in her sleep in October 2014, leaving him without a spouse and their four children without a mother.

Pinkney and his parents received shared custody of the children, Loveless, 19; Cedric, 16; Stephanie, 13; and Keonna, 12.

Pinkney, his wife, their son, Pinkney’s parents and the four displaced children had to make many adjustments, from changing school systems to converting to larger vehicles to coordinating work and school schedules.

“I had to really pray to ask God to help me,” Pinkney said. “It just happened, and I had to get myself together.”

The Hoover YMCA is a place Pinkney had frequented in the past, and after his brother died, Pinkney approached the staff about finding a way for his nieces and nephews to participate in activities at the Y.

“The YMCA is extremely nice,” he said. “They have been very kind to me and my family. They were that way before. They’ve always been pleasant.”

Funds raised through the YMCA of Greater Birmingham’s Annual Campaign have allowed the children to attend programs at the Hoover Y branch.

Cindy Reams, membership director at the Hoover Y, said the children were “somewhat reserved and quiet” when she first met them.

“I gave them a tour of the branch, and while we were touring the branch, they opened up,” Reams said. “They looked more at ease by the end of the tour. You won’t meet nicer, more well-behaved, polite, appreciative teenagers. They’re just fantastic.”

Executive Director Julie Broday agreed, noting how well the children adjusted to changing schools in such a difficult time in their lives, and how strong their family support system has been.

“We saw the apprehension of going into a whole new school system,” Broday said. “Then, we saw them in October. They had lit up. They were excelling in school, excelling in sports.

“They had made the adjustment. They’re remarkable.”

Pinkney described the children as “very active.” His nieces play basketball and run track at Berry Middle School, and one of his nephews plays football and runs track at Spain Park High School.

The Annual Campaign helped ensure they could remain involved in activities despite their circumstances.

“It actually helped them a lot,” Pinkney said.

The campaign raises roughly $800,000 to $1 million each year, according to Kristie Nix Moorer, Annual Campaign director for the YMCA of Greater Birmingham, which includes 10 membership branches, two resident camps, the association office and a youth center.

“We are very proud to say that we don’t turn people away just because they can’t afford the services and programs the Y provides,” Moorer said. “We want to make the Y accessible to everyone.”

The YMCA of Greater Birmingham serves more than 60,000 people per year, and more than 900 children in the afterschool academy, she said.

Since 2014, the organization has served more than 2,500 people by teaching them valuable water safety skills in a free program now available to children and adults.

“It really impacts a family’s life negatively if they don’t know how to swim,” she said. “It prevents them from engaging in a lot of activities, and it’s also not safe.”

The following information provided by the Y details how funds raised through the Annual Campaign impact the community:

-$50 gives a child the opportunity to learn how to swim.

-$100 gives two children the chance to participate in a season of youth sports.

-$500 provides a young adult with an annual membership at the Y.

-$600 gives a child the opportunity to experience Y Summer Camp.

-$750 provides a senior couple with a yearly Y membership.

-$1,000 or more supplies resources needed to allow the Y to fulfill its mission to serve everyone, regardless of their ability to pay for services and programs.

Donations to the Annual Campaign can be made at Ymcabham.org/annual-campaign.

The programs have given them an outlet for recreation and for meeting new people, Pinkney said.

“We appreciate the YMCA for what they’ve done,” Pinkney said.