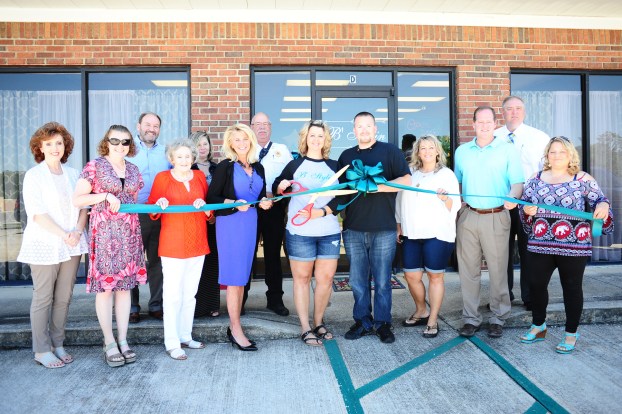 “She closed her salon on Friday, and we opened B’Stylin Salon on the next Tuesday,” Bonin said.

Although Bonin said she had worked at J Salon for about a year before she left to work at Salon 5 in Alabaster to build her clientele. She said Russell kept her in mind as she was preparing to retire.

“This wasn’t really planned. It just kind of happened. Jeannie gave me a call and said, ‘This is the year that I’m retiring, and I want you to have it,’” Bonin said. “I thought about it and I prayed about it. I knew that this wasn’t an opportunity I would get again.”

Bonin said this is the first salon she has ever owned. She said she had always dreamed of owning one, but at the age of 27, she was surprised at how early in life she achieved that goal.

“I always knew that I was not going to work for someone else for the rest of my life, but I never expected to be a business owner at such a young age,” Bonin said.

Bonin said she always tries to maintain a friendly and relaxed environment for clients from different backgrounds.

“We are going to welcome new things and become a part of the community,” Bonin said. “Everybody is welcome. We have a lot of fun in here. We laugh and cut up, and we’re all like a big family.”

Throughout her experience as a stylist, Bonin said she has learned a lot from Russell and fellow stylist Dana Taff, who rents a booth at B’Stylin.

“When I first started [at J Salon], I learned from sitting back and watching them work,” Bonin said.

“I recognized early on that Brittany had a natural gift,” Taff added. “Jeannie also taught patience and kindness. She was there for us on an emotional level.”

Bonin said, through opening her salon, she is honoring her late mother, Jimmie Chadbourne.

“Mom passed away two years ago. I would not have followed my dreams if it weren’t for her. She is the one who pushed me to do hair, because she knew it was what I wanted to do,” Bonin said. “Without my mom, I wouldn’t be where I am today. She always told me I could do anything I put my mind to.”

B’Stylin is located at 72 Fulton Springs Road. According to its Facebook page, appointments and walk-ins are welcome at B’Stylin. To learn more about B’Stylin Salon or book an appointment, call 664-7387.

COLUMBIANA- Charger Academy, a homeschool cover group based out of Bethel Baptist Church, will celebrate the completion of its first... read more