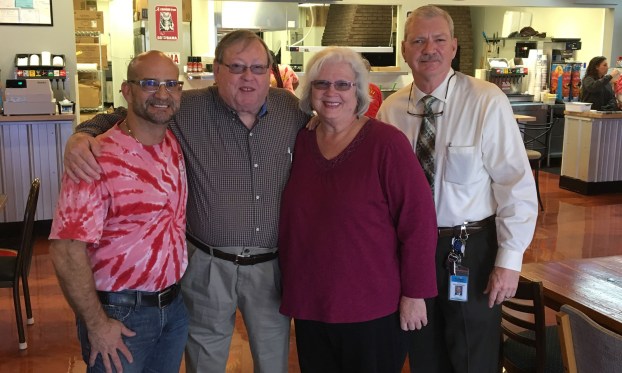 Golden Rule BBQ off to a good start

PELHAM – Paul Curcio, owner of Golden Rule Barbecue, said the restaurant is off to a good start after opening at 309 Huntley Parkway, located in the Publix shopping center, on Jan. 25.

Golden Rule used to be located on U.S. 31, but shut down in 2015 to make way for the Burger King that now sits in its old location.

“Pelham residents are glad that we’re back, and we’re glad to be back in Pelham,” Curcio said.

The new building is 3,200 square feet and seats 85-100 people. Curcio said he combined traditions from the old restaurant with some new ideas to give customers more options.

The restaurant also offers take-home meals that feed a family of four for under $30.

“The take-home meals have been really popular,” Curcio said. “It’s been a big hit.”

Like at the old U.S. 31 restaurant, Golden Rule offers a 12-ounce ribeye, a baked potato and salad for under $20.

Curcio said the Pelham community has welcomed him back into the city with open arms.

“Mayor Waters, Bro. Mike Shaw and Mary Shaw were our first customers,” Curcio said. “We’ve had a lot of our old customers from the old store who come to support us, and we’ve made some new friends in the area, too.

“We’ve gotten a lot of support from the city. Pelham police officer, firefighters and city employees come here for lunch on a regular basis and we’re so thankful for the city’s support.”

By GRAHAM BROOKS / Staff Writer PELHAM–It was a perfect day for softball at Pelham High School on Monday, May... read more