COLUMBIANA – A 29-year-old Clanton man has pleaded guilty to threatening on social media to go on a “killing spree” at businesses in Alabaster and Birmingham, and was sentenced in Shelby County Circuit Court in late April. 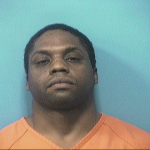 Jeremie Jonathan Montgomery, who lists an address off Chilton County 81 in Clanton, pleaded guilty on April 20 to one felony count of making a terrorist threat.

He originally was sentenced to 15 years in prison, but his sentence was split to the 527 days he had already served in the Shelby County Jail followed by two months of supervised probation. He was released from jail on April 10, according to court documents.

As a condition of his sentence, Montgomery must not initiate any contact with Alabama Crown Distribution employees, and must undergo a mental health evaluation and treatment.

After he was arrested and charged in Chilton County, Montgomery was transported to the Shelby County Jail, where he was charged with one count of making a terrorist threat related to the threat against Alabama Crown.

Montgomery was held in the Shelby County Jail on a $500,000 bond on the terrorist threat charge from his 2015 arrest until April 10.