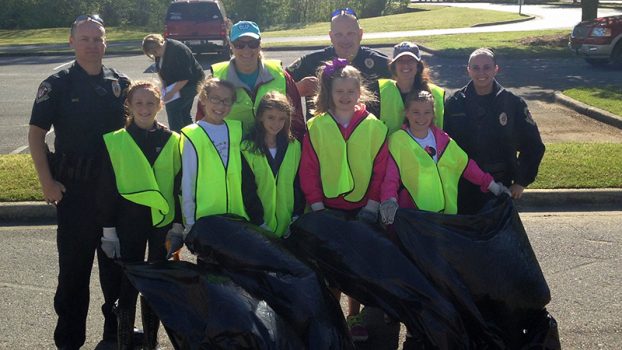 Alabaster will hold its annual Clean Sweep events throughout the month of April. (File)

“It’s an initiative to bring awareness about litter and give citizens a way to clean up the city,” Rakestraw said. “Not only does it help aesthetically, it decreases the amount of trash that gets in our water runoff and in Buck Creek.”

A Clean Sweep event took place during every Saturday in April. Rakestraw said a total of 100 Alabaster residents and members of school, civic and religious organizations volunteered. Volunteers performed about 200 hours of community service and 60 garbage bags of litter were collected, Rakestraw added.

As part of the Clean Sweep initiative, the city also hosted an E-cycle Day and a Shred-it Day.

“These were free services that we provided for residents,” Rakestraw said.

During E-cycle Day on Saturday, April 8, residents were able to drop off their used electronics at Thompson Intermediate School.

Shred-it Day was held on Saturday, April 22, and gave residents the opportunity to destroy documents containing personal or sensitive information. According to Rakestraw, 6,000 pounds of paper were shredded that day.

Since its inception in 2012, Rakestraw said Alabaster Clean Sweep has served to bring the community together for a good cause.

“I think it has kind of branded itself over the years. People look forward to it,” Rakestraw said. “When the volunteers are together, they’re working with people who are like-minded and have the same desire to see litter decreased in the city. There’s camaraderie there. You get to know people you wouldn’t have met before.”