ALABASTER – The Alabaster Board of Education voted unanimously during a late-April meeting to extend Alabaster City Schools Superintendent Dr. Wayne Vickers’ contract by one year, while keeping his salary the same.

“He absolutely had a positive review, and this kind of reaffirms our commitment to him,” Moseley said. “We are happy to have him here, and we look forward to having him here for a long time.”

As a result of the extension, Vickers’ contract now extends through 2022, while his salary remains the same $180,250 approved by the board in May 2015. 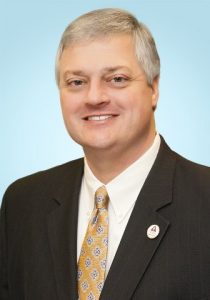 OMHS valedictorian Barghi has a range of interests

NORTH SHELBY – Any one of Armeen Barghi’s many accomplishments can be considered extraordinary. Armeen Barghi, a senior at Oak... read more