During the pre-council meeting, Hester met with members of the city council to answer their questions about his expectations of starting the court. 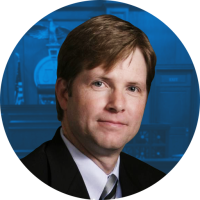 Picklesimer cited Hester’s reputation and experience with other municipal courts in his reasoning for why Hester is the most qualified candidate.

“His reputation is impeccable. He wrote a bond schedule for his courts that has now been adopted by municipal courts all over,” Picklesimer said.

Once the municipal court is set up, Picklesimer said the city’s initial plans are for the judge to oversee cases once a month.

According to Picklesimer, Hester’s connections with the city of Chelsea would help to ensure that the Chelsea Municipal Court has a strong beginning.

“I’ve known Jeff for a long time. He is a local, and he lives in Chelsea,” Picklesimer said.

In addition to serving as the municipal court judge for two cities, Hester also works as a private attorney at his Pelham-based law firm.

Picklesimer will propose a resolution to appoint Hester during the next scheduled city council meeting on Tuesday, May 16.

In the future, Picklesimer said the city will further develop the city’s municipal court system by appointing a magistrate.

“Selecting a municipal court judge is only step two,” Picklesimer said. “We still have a long way to go.”