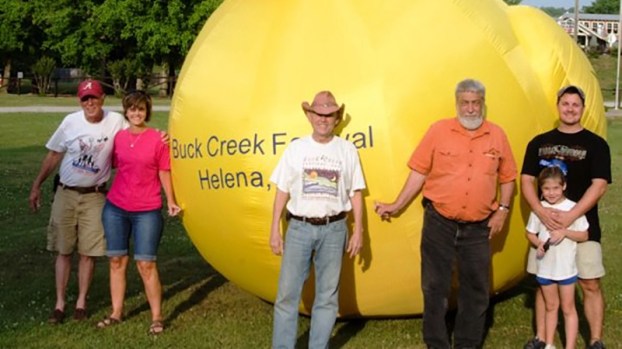 Longtime volunteer to be remembered at 2017 Buck Creek Festival

HELENA–The 2017 Buck Creek Festival in Helena will mark the 16th time friends and families will gather to enjoy the fun at the annual festival, but sadly, this year’s event will be missing a hard-working and dedicated volunteer.

Longtime Buck Creek Festival Committee member Henry Neff passed away at the end of 2016 and those close to him remember his dedication and willingness to volunteer in a variety of roles in the city of Helena.

Another longtime Buck Creek Festival Committee member and former Helena Councilwoman Cris Nelson described the committee as having one large voice where everyone is tight-knit.

“One of the cool things about the committee is that everyone gets a voice in what’s going on,” Nelson said. “Henry was one of the initial board members of the festival itself and I also knew him from the business association board.”

Neff volunteered on the Buck Creek Festival Committee for at least 10 years and during that span, Nelson said he was successful in whatever capacity he served.

“Henry, when he first started he was involved in assisting Ron (Holly) with vendors and managing the front of the park and that was the bulk of his responsibilities at the start,” Nelson said. “He was great at managing the information desk and the day of activities. Toward the last several years he migrated to the back of the park to work the adult beverage tent. He was really good with following rules and making sure everyone was of age and that everyone was served.”

Festival organizers work year-round to prepare for the festival and the Buck Creek Festival Committee helps secure vendors, musical talent, negotiate costs and of course, dedicate their free time to help make the festival the best it can be. Without this committee, the festival would not be successful.

This year, the committee plans to recognize Neff several times on stage during the festival including the night of Friday, May 12, when the festival kicks off.

Another way the committee plans to honor Neff is by naming the beer tent in the back of the park the “Henry Neff Pub” paying tribute to the many hours Neff spent volunteering serving festival goers.

Neff loved Helena and in addition to the Buck Creek Festival, he volunteered for the business association, Movies in the Park and at the Farmers Market in the summer.

Neff’s daughter Christie Neff Simmons said her dad enjoyed volunteering and socializing in the community, was an entrepreneur and avid reader.

Nelson said Neff will be remembered as a true friend, loyal person and volunteer to the city.

“Interesting enough, his personality was his greatest quality and he had a dry wit,” Nelson said. “He was very matter of fact and didn’t mince his words. He really was a true friend and loyal person and volunteer to the city. We’re just really going to miss him. We’ve lost two members over the last several years and the group that puts the festival together is a tight knit core so this is like losing a family member.”

The 2017 Buck Creek Festival will be May 12-13 at the Helena Amphitheater.

PELHAM – A petting zoo, pig races and rides will flood the parking lot of Oak Mountain Amphitheater until May... read more