OMHS valedictorian Barghi has a range of interests

NORTH SHELBY – Any one of Armeen Barghi’s many accomplishments can be considered extraordinary. 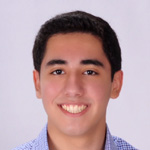 Armeen Barghi, a senior at Oak Mountain High School, is the school’s valedictorian and will choose from a list of possible college destinations that includes all eight Ivy League schools.

Put them all together, and you have someone who makes even a school principal gush.

“He’s such a well-rounded kid,” Oak Mountain High School Principal Kristi Sayers said. “It’s unbelievable that someone his age would be able to do everything he has done.”

Barghi, a senior, has a GPA of 4.612 and will be his class valedictorian.

He scored 34 on the ACT and was accepted by Ivy League schools Brown, Columbia, Dartmouth, Harvard, Pennsylvania, Princeton and Yale, along with Stanford Johns Hopkins, Duke and UAB’s Early Medical School Acceptance Program.

He will attend Harvard College, where he will join his brother Ameen, the 2011 OMHS valedictorian who is in his first year at Harvard Medical School.

Armeen Barghi wants to pursue a career in biomedical research sciences as well as continue to devote time to volunteering and tutoring.

Barghi has been involved with SGA and The Day Program for at-risk youth, where he tutored seventh through 11th graders in core subjects.

The Day Program students come from schools across Shelby County, and Barghi said he once passed one of the students he tutored in the hall at Oak Mountain.

The student stopped Barghi to tell him how much he appreciated his help in returning to his regular school.

“I almost cried there,” Barghi said.

He recalled a patient who suffered a stroke and couldn’t use an arm. The researchers used a motor activity log to try to help the patient regain use of the arm.

Another study involved introducing toxins to rodent models to see how they would be affected.

“If you don’t have patience, you can’t do science,” he said.

Other honors for Barghi include receiving the Greater Shelby County Chamber of Commerce’s College Ready Student award; being named a National Merit Finalist; and serving as president of the Future Business Leaders of America, Science National Honor Society and National Technical Honor Society.

Barghi’s interests also include table tennis, and he founded a table tennis team at the school that has attracted a range of students.

About 350 people signed up as having interest in the team, and the number was whittled down to 30-50 active members, who recently competed in their first tournament.

Sayers said that Barghi’s leadership and humility are remarkable given his success.

“Sometimes when you get someone with the academic caliber of Armeen, they’re overly focused on academics. That’s not the case with him.”

By NEAL WAGNER / Managing Editor ALABASTER – Students in the Alabaster City Schools district will return to classes on... read more