According to the SCDETF, Don Rudell Ransom, 49, who lists an address on Hill Street, was initially arrested in late 2016 and re-arrested after additional charges were filed in April. 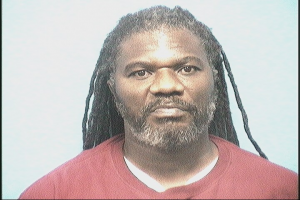 Ransom’s arrest states that he was allegedly caught with hydrocodone in Pelham in October 2016, and then caught again with Xanax, hydrocodone, marijuana “for other than personal use” and a grinder for “processing a controlled substance,” while at or near his residence in Alabaster in November 2016.

Unlawful distribution of a controlled substance is a class B felony, which is punishable by two to 20 years in prison and a maximum fine of $30,000.

Possession of marijuana in the first degree is a class C felony, which can carry a prison sentence of one year and one day to two years, as well as a maximum of $15,000 in fines.

Possession of a controlled substance is a class D felony. If convicted, Ransom could face up to five years in prison and up to $75,000 in fines.

Because possession of drug paraphernalia is a class A misdemeanor, Ransom could also face up to a year in jail and a fine of up to $6,000.

Ransom was briefly held in the Shelby County Jail on a $41,000 bond. He was released on bond the same day he was arrested.

PELHAM – On Tuesday, May 9, the city of Pelham broke ground on the new Pelham Public Library, which will... read more