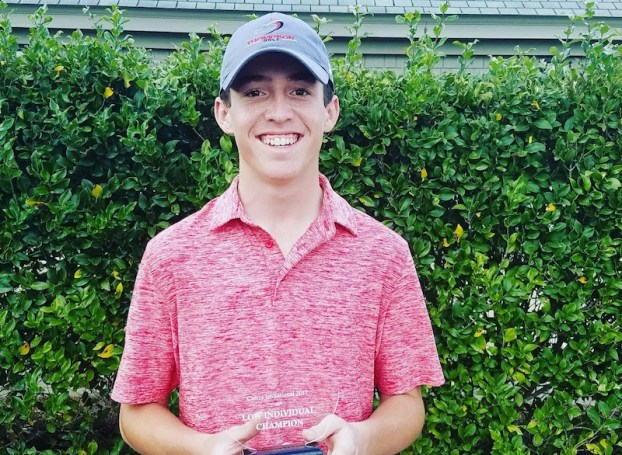 ALABASTER – Thompson freshman Landon Wockenfuss led the Warriors on the golf course during the 2017 season finishing with several low medalist and All-Tournament honors as well as helping lead his team to several first place and runner-up finishes throughout the spring.

The latest accomplishment for the young phenom, who has established himself as one of the top golfers in the state at the young age of 15, was qualifying for the 68th annual Future Masters Golf Tournament. The tournament, which will take place June 22-24 in Dothan will feature several of the top junior golfers from around the country.

Its history features many current PGA tour members including Stewart Cink, who won the Junior Masters in back-to-back years in 1990 and 1991. Other popular names to have played in the tournament are Bubba Watson, Masters Champion, David Duval, currently an analyst on the Golf Channel, Harris English, Russell Henley, Charles Howell III, Brandt Snedeker and many more.

Landon, who has always been a sports fanatic, playing all types of sports in the Thompson youth athletics found a passion for the game of golf in 2012 when he and I sat down to watch the Masters that year.

“This was Jordan Spieth’s first Masters, and he and I watched him, Rickie Fowler, and Bubba Watson battle it out before seeing Bubba win it that year,” Landon’s dad Brandon Wockenfuss said. “The excitement sparked an interest in Landon and he asked to go to the local driving range immediately after, which was Greg’s Golf in Alabaster.” 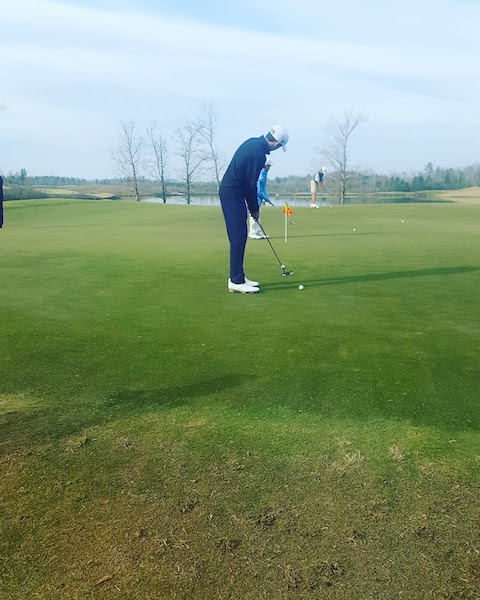 Brandon said prior to that Masters golf tournament the family had never really played the game of golf and that Landon had been to the range just a handful of times prior to the age of 10, but over the next couple of weeks Landon and the family found themselves at Greg’s golf almost every day hitting balls on the range.

“It didn’t take long for me to realize that he was growing a strong passion for the game of golf,” Brandon Wockenfuss said.

During the next year, Brandon took Landon to the driving range an average of three to four times per week as the two spent hours hitting range balls and learning the ins and outs of the game that they had just taken up.

“After much convincing our CEO, his mom and my wife, talked me into getting a membership at a local club so we could let Landon continue learning the game,” Brandon said.

This is when the family joined Timberline Golf Club in May of 2013. Landon took advantage of what his parents had done and spent at least six days per week during the summer break from school at the course.

“It got to a point where we would drop him off at 7:30 a.m. and come back to pick him up at 6:00 p.m.,” Brandon said. “He absolutely loved it. He would practice, then go walk and play, and then come back and practice more every day as fell more in love with the game.”

Soon several of his teammates from Thompson joined Timberline over the next couple of years, and they pushed each other to be the best they could, which has essentially helped shape this Warriors’ team into what it is today; a team that will be competing for a state championship in the very near future because of a group of close knit kids. 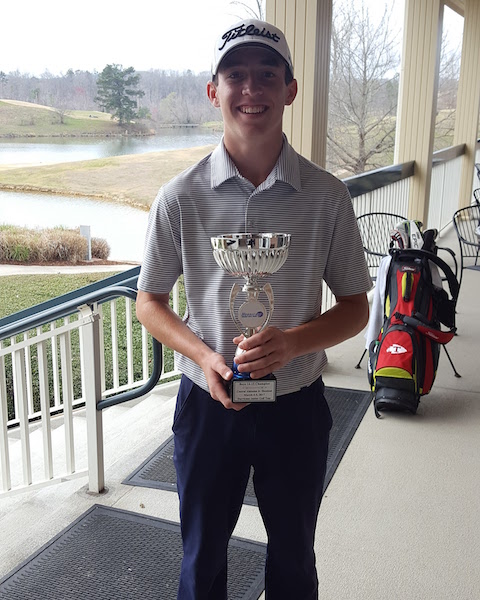 The club has also helped, not only Landon but the entire team by taking them under their wing and providing lessons through the Hank Johnson School of Golf and offering pointers on a regular basis. Hank Johnson is one of the top golf coaches in not only the state, but the country. Johnson has also worked closely with Spain Park and Auburn grad Michael Johnson who came close to winning his PGA Tour debut last summer and is currently on the Web.com Tour.

“You could see the entire club was really inspired by the progress and development the team was making as they truly cared for the students,” Brandon said.

The volume of work Landon had put in was starting to pay off as he made the middle school golf team in the seventh grade and was eventually called up to the high school’s varsity team during both his seventh and eighth grade years and was even selected to play in the Warriors’ sectional meets each of those seasons.

Away from his Thompson teammates during the offseason, Landon competes in golf tournaments on the SJGT, HJGT, and AJGO, which are several of the biggest local and national junior tours on the circuit. He competes against other state and local kids.  Right now, Landon is ranked 4,120th in the 15-18-year-old age group, but within his graduation date of 2020, he is ranked ninth in the state of Alabama, which is a hot bed for junior golf.

This year, during Landon’s freshman season year at Thompson High School, the Warriors competed in the Calera Invitational at none other than Timberline where his highlight of the season came. Feeling about as comfortable as he could possibly feel on a course, Landon fired a 67 to finish as the tournament’s low medalist in a tournament that featured 100 golfers, while also taking home the honor of making the All-Tournament team.

One thing is for sure, as just a freshman this kid is making waves across the state of Alabama competing in 7A golf against the likes of powerhouses like Mountain Brook, Vestavia and Spain Park, who all have put out guys on the PGA Tour or Web.com Tour. Maybe now it’s time for Thompson to step into the likes of those programs as Landon looks to push forward chasing after lofty goals playing a game that he has completely fallen in love with.