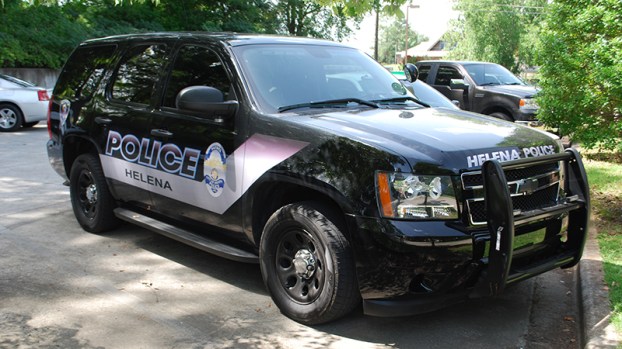 The Helena City Council passed a proclamation recognizing May 15-21 as National Police Week at the May 8, council meeting. (File)

HELENA–Most citizens understand that law enforcement officers have a tough and dangerous job, but many times what they do can be overlooked or taken for granted.

The Helena City Council brought attention to city law enforcement at the May 8, council meeting by proclaiming and recognizing National Police Week May 15-21.

The proclamation “calls upon all citizens of Helena and all patriotic, civil and educational organizations to observe the week of May 15-21 as Police week with appropriate ceremonies in which all people may join in commemorating police officers, past and present, who by their faithful and loyal devotion to their responsibilities have rendered a dedicated service to their communities and, in doing so, have established for themselves an enviable and enduring reputation for preserving the rights and security of all citizens.”

Helena Police Chief Pete Folmar was in attendance at the May 8, council meeting and thanked the council members for their support and recognition of the Helena Police Department.

Helena Councilwoman Leigh Hulsey addressed Folmar and thanked the job the Helena Police Department officers do day in and day out.

“I just want to give a special thank you to all law enforcement officers but particularly ours,” Hulsey said. “I think that very few people really get what you guys do and what you do to put your lives on the line every day. Unfortunately, I understand that better than most people do and I’m eternally grateful for what you guys are willing to do. I just want you to know from the bottom of my heart I am grateful so thank you so very much.”

The city will officially observe Monday, May 15, as Peace Officers Memorial Day to honor those who have sacrificed their lives or became disabled in the performance of duty.

Folmar said the Helena Police Department would hold a flag ceremony on May 15, at the department commemorating the day and to celebrate National Police Week.

In 1962, President John F. Kennedy signed a proclamation which designated May 15 as Peace Officers Memorial Day and the week in which that date falls as Police Week. Currently, tens of thousands of law enforcement officers from around the world converge on Washington, D.C. to participate in a number of planned events which honor those that have paid the ultimate sacrifice,” according to Policeweek.org.